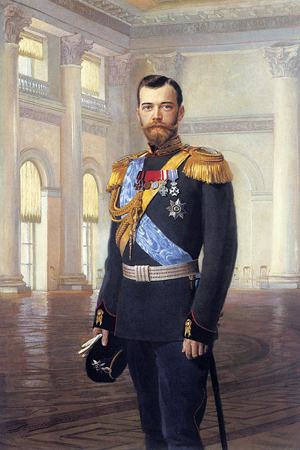 GENEVA (AP) – Some 2,000 letters, postcards and photographs sent by the last Russian czar’s siblings to their private tutor will go under the hammer in Geneva next month.

The correspondence from Czar Nicholas II’s younger brothers George and Mikhail and their sisters Xenia and Olga to their Swiss tutor Ferdinand Thormeyer has never before been published, Swiss auction company Hotel des Ventes said Friday.

Chief auctioneer Bernard Piguet said the letters were “really intimate documents” covering the period from 1881 to 1959. The correspondence reveals details about life within the Romanov Imperial family and gives an insight into the siblings’ childhood, journeys and life in exile.

“All the family were a little bit disconnected from reality,” Piguet told The Associated Press. “They loved Russia but they didn’t realize that changes were going to happen.”

George died in an accident in 1899. His brother Mikhail was killed after the 1917 Russian revolution that saw older brother Nicholas II deposed and then executed in 1918. Their sisters Xenia and Olga died in exile in 1960.

The collection – which also includes a gold, silver and sapphire cigarette case bearing a signed personal message from Nicholas and George – is divided into 45 lots with a total estimated value of $70,000 to $100,000.

“We hope all the lots will be purchased by a single person who will keep them together,” said Piguet.

Little has been written about Thormeyer, who traveled to Russia age 18 in 1876 and began teaching French and literature to the Romanov children ten years later.

He taught the future czar, Nicholas, for three years and later tutored the younger siblings until 1899.

Queen Elizabeth I document to reign at Clars’ Dec. 4-5 sale