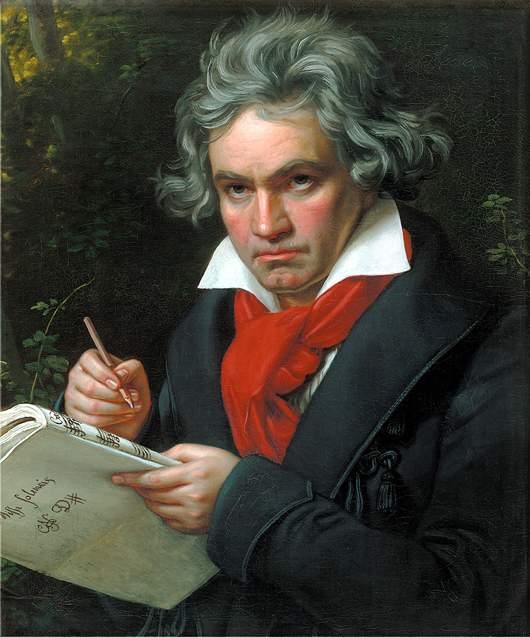 GREENWICH, Conn. (AP) – Sheet music written by Ludwig van Beethoven and found in a Connecticut home has fetched $100,000 at auction.

The Greenwich Time reports that appraiser Brendan Ryan spotted the sheet music when he visited the home of a Greenwich woman looking to sell some belongings. He recognized Beethoven’s handwriting in the German words, directions and symbols on the page because he’d seen it before.

Research authenticated the music and determined it was from a sketchbook dating to 1810 and used by the composer for brainstorming.

It’s unclear what happened to the sketchbook after Beethoven’s death in 1827. It was sold in portions, with fragments turning up.

Ryan says finding a complete sheet is rare. It was purchased by a German antiques dealer.

It’s unclear how the page found its way to the Greenwich home.

US seeks to return smuggled dinosaur skull to Mongolia