Used by Wyatt Earp to avenge his brother’s death, the amazingly documented 10-gauge shotgun drew bids from more than two dozen collectors and nearly quadrupled its estimate of $100,000. Upon learning that his brother had been killed, Earp formed a posse to exact a measure of justice.

“When they went out to hunt for Brocius, Earp borrowed a 10-gauge shotgun – this shotgun – from his friend, Fred Dodge,” said Tom Slater, Heritage Auctions Americana director. “They found Curly Bill at Iron Springs on March 24, 1882, and in the ensuing shootout, Earp used this shotgun to kill Curly Bill … after which, he returned it to Fred Dodge.

“The winning bidder has acquired a historically important relic tied to a figure in American history about whom stories have been told for generations,” said Slater.

Also more than doubling its estimate was a large and important 1844 “Native American” parade flag, which found a new home when it reached $93,750. Bearing the words “Beware of Foreign Influence” across two of the stripes, the flag features a canton with an eagle, shield, draped flags, 26 stars and a ballot box captioned “Twenty-One Years” a reference to a proposal that immigrants needed to reside in the U.S. for 21 years before they would be eligible to become naturalized citizens.

A fresh-to-market James Buchanan: South Carolina portrait flag, with 13 stars arranged in the “Betsy Ross” pattern with a larger, central star in the middle, brought $75,000. It is inscribed “Buchanan & Breckinridge,” followed by “For President,” above a woodcut portrait of Buchanan followed on a lower stripe, “South Carolina.”

More than a dozen bidders went after a Theodore Roosevelt personally owned top hat until it finished at $50,000, more than double its estimate. The 26th president of the United States, Roosevelt was an elegant dresser who was photographed many times wearing a top hat. Still housed in its original deluxe, silk-lined, leather carrying case, the hat was accompanied by a letter of authenticity dated Sept. 26, 2019, from High Noon Western Americana, which has handled many historical and celebrity-owned vintage hats and is often called upon to vet material. 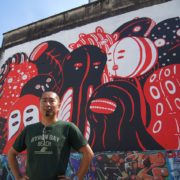 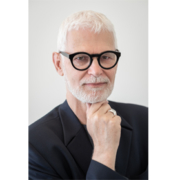 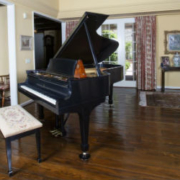 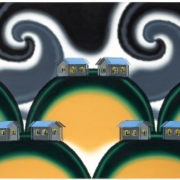 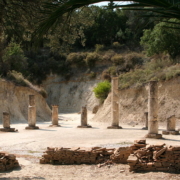 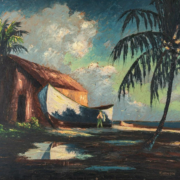