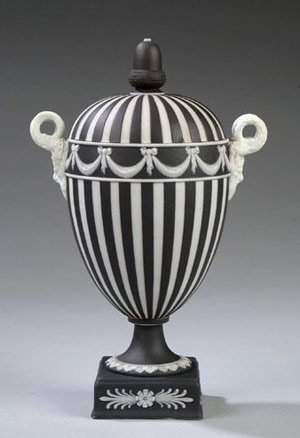 LONDON (AP) – Administrators for Waterford Wedgwood PLC, the collapsed maker of classic china and crystal, said Thursday they had reached a tentative agreement with U.S. private equity firm KPS Capital Partners over the sale of many of the company’s assets.

Waterford Wedgwood, which has its roots in a pottery factory in central England and a crystal factory in southeast Ireland, said it had signed a “letter of intent,” a nonbinding agreement, with KPS about certain assets of the brands Waterford, Wedgwood, Royal Doulton and others.

The company filed for bankruptcy protection earlier this week after failed attempts at a restructure or a sale, and administrators appointed to run the business said Thursday they were working “to expeditiously agree the terms upon which a transaction can be completed in the interests of stakeholders.”
Waterford Wedgwood chief executive officer David Sculley said the preliminary agreement was a “critical step forward.”

“We commend KPS for its confidence in our company, for the enormous amount of time, effort and resources expended by KPS globally that have resulted in reaching this important stage,” Sculley said in a statement. “I look forward to working towards the successful completion of a deal.”

Waterford Wedgwood, which employs around 7,700 worldwide, is the latest on a growing list of iconic British companies to succumb to the global economic slowdown and credit squeeze.

Under that process, administrators are appointed to salvage as much of the company as possible for the benefit of its creditors. While they may do so by selling the company as a going concern, they can revert to a break-up to recoup as much money as possible from assets if a buyer for the whole business cannot be found.

Waterford Wedgwood’s administrators said Thursday they would continue the process of seeking a separate buyer for any or parts of the business – while talks with KPS were ongoing – in accordance to their duties to creditors.

Trading in the company’s shares has been suspended on the Irish Stock Exchange, where they languished at just one-tenth of a euro cent. The company’s directors have handed in their resignations.

Wedgwood has been an iconic name in British pottery for 250 years, after its founder Josiah Wedgwood opened the first factory in Stoke-on-Trent, central England, in 1759, while Waterford Crystal traces its lineage to a factory opened in Waterford, southeast Ireland in 1783.

Waterford acquired Wedgwood in 1986 to form the present company, listing on the stock exchange and expanding overseas in the 1990s before buying fellow Stoke-on-Trent ceramics maker Royal Doulton in 2005.

Much of the business has now shifted offshore, where it employs 5,800 people, including 1,500 people at a plant in Jakarta, Indonesia, which produces most of the company’s ceramics. The majority of its crystal production has been handed to Eastern European subcontractors.