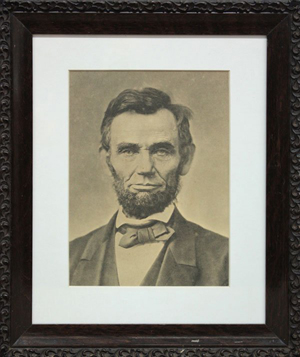 A portrait of Abraham Lincoln concealed a note signed by the 16th president. Image courtesy of LiveAuctioneers Archive.

MACOMB, Ill. (AP) – For two years Roger Kent paid little attention to the portrait of Abraham Lincoln hanging on his office wall at Western Illinois University, but when he finally did he found a piece of history worth up to $20,000.

Visible through an opening in the portrait was a folded piece of paper that includes the signature “A. Lincoln.”

“This piece has been hanging on my office wall for two years, and one day, something just made me really look at it,” said Kent, who is associate director of the college’s TV station.

Curious whether the signature was the real deal, Kent contacted the Abraham Lincoln Presidential Library and Museum in Springfield, Ill., and drove his find to the museum last month.

Kent was looking for office decorations when he found the portrait in storage along with other Lincoln-related items the TV station inherited after the university union’s Lincoln Room was redesigned. They were intended to be used as props.

The signed paper is dated March 20, 1862, and appears to have been a cover sheet of sorts that accompanied something sent to the War Department while Lincoln was president, said Jeff Hancks, who is director of Western Illinois’ Archives and Special Collections. It says little aside from “Respectfully submitted to the War Department.”

“What is important about the document that Roger gave to our collection is that it is from Abraham Lincoln when he was president,” Hancks said.

Kent has given the signed paper to the university’s archives. 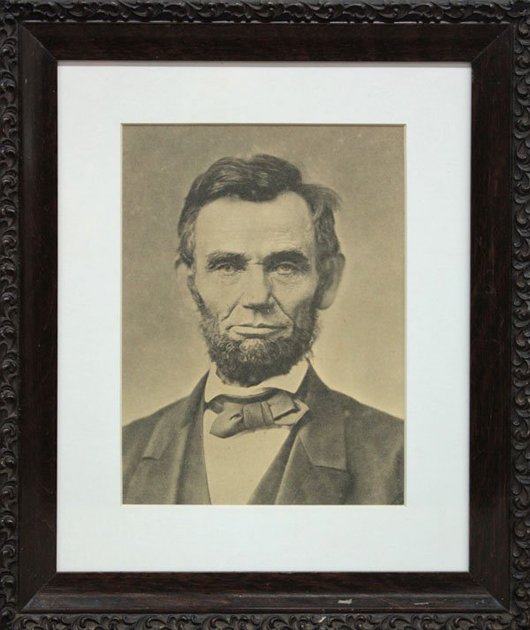 A portrait of Abraham Lincoln concealed a note signed by the 16th president. Image courtesy of LiveAuctioneers Archive.