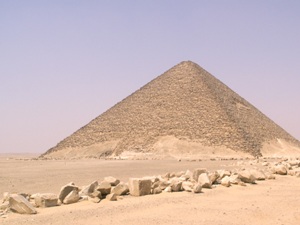 The Pyramid of Snofru in southern Egypt retains a significant proportion of its original smooth outer limestone casing. This work is licensed under the Creative Commons Attribution-ShareAlike 3.0 License.

BIRMINGHAM, Ala. (AP) – A professor at the University of Alabama at Birmingham said she used laser technology to discover 17 previously unknown Egyptian pyramids buried below the desert sands.

Robert Littman, an Egyptologist at the University of Hawaii and a member of the Governing Board of the Archaeological Institute of America, said these discoveries were significant.

“There are 138 known pyramids in Egypt plus these 17 more that have been discovered. That is increasing the number by 15 percent overnight. It’s huge,” Littman says.

Researchers know where to look now and excavation has to be done to prove the structures are authentic, Parack said. Two of these structures have been validated so far, she said.

The technologies used in this discovery are not new, but they were combined in new ways.

“We do a survey of the total site, then use a GPS and take pictures and line it up with a satellite map and excavation maps,” Littman said. “The whole satellite survey is giving us a much bigger overview and has much broader implications.”

Littman said the team hopes new technologies can be used to help researchers in Egypt. The African country doesn’t tend to have as many excavation resources as Western archeologists, who have new techniques and technology.

“With this satellite mapping project, we are training young Egyptians and scientists to leave a legacy of both teaching and discovery directly with the Egyptian government,” Parcak says.

Parcak hopes this research can provide more information into Egypt’s past and ancient culture.

“We have made a lot of assumptions of how the Egyptians lived and worked and sustained themselves,” Parcak said.

Parcak set up a remote sensing lab in her UAB lab, where she trained students to help contribute and process the research coming from Egypt.

“This data gives a good baseline of environmental changes and populations in Egyptian history. We know so much about ancient Egypt but perhaps now we can look at broader settlement and environmental factors and data,” Parcak says.

Egyptian culture and government make it difficult to initiate new digs, in part because it slows development.

“The greatest threat to these antiquities is people,” says Littman.

Parcak’s research will be shown next week in the BBC documentary Egypt’s Lost Cities. The Discovery Channel will air a version of her findings in the Unites States later this summer. 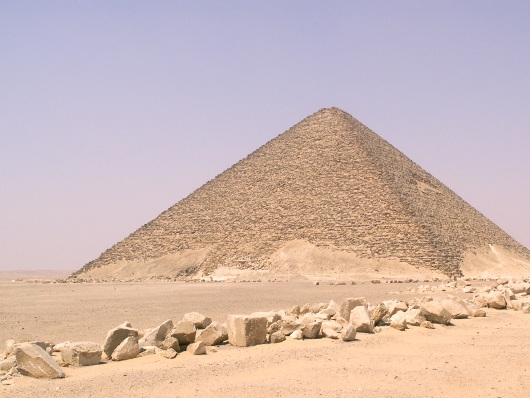 The Pyramid of Snofru in southern Egypt retains a significant proportion of its original smooth outer limestone casing. This work is licensed under the Creative Commons Attribution-ShareAlike 3.0 License.