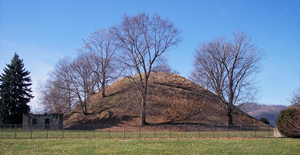 CHARLESTON, S.C. (AP) – Indian mounds are mysterious snakes of dirt rising along the river floodplains, sacred calling cards left by another people from another time.

Piled hundreds of years ago as daises for burial grounds, temples or the homes of chiefs who were considered descendants of the sun, the mounds are scattered in remnants across the Lowcountry, as well as the state and nation.

If you roam or hunt a Lowcountry woodlands, you might well have stepped across one.

But they aren’t nearly as widely known as coastal shell middens or rings. Tribal groups and archaeologists keep most of them a closely held secret: The mounds are illegally looted for trinkets.

It’s a crime that can be prosecuted as a felony under state laws governing burial grounds, archaeological artifacts on public lands, and under federal laws pertaining to public land.

To tribal descendants, it’s no different than grave robbing. To archaeologists, it’s like burning rare books.

A mound was discovered dug into earlier this month in Manchester State Forest outside Sumter. A bridge contractor apparently dug inadvertently into a mound that was not a burial mound, said Scott Hawkins of the S.C. Forestry Commission.

But the incident raised fresh concerns about a problem so prevalent that archaeologists regularly find holes already dug when they are called to confirm a newly “found” mound.

“A lot of them have been dug into for centuries,” said Chester DePratter of the S.C. Institute of Archaeology and Anthropology.

“It’s an atrocity and a disrespect when someone will go in and desecrate a mound,” said Chief James Caulder of the Pee Dee Indian Tribe of South Carolina. “Your mother and father and brother and sister are buried in there. You don’t want to see someone dig up that box to see what’s in there.”

Tribal members who find a mound keep so quiet about it that—even though Caulder knows about mounds in Marlboro County near where he lives, he doesn’t know where they are. The mounds often are found by hunters and, if the word gets out, treasure seekers soon follow.

Authentic tribal items are valuable on the market, he said.

A few dozen mounds have been identified across the state, DePratter said.

More of them easily could be out there. In the Lowcountry, the Santee River was a major trade route for any number of coastal and inland tribes, so the mounds ought to be relatively commonplace.

But generations of overgrowth, erosion, as well as human digging, have left a lot of them unrecognizable. Caulder talks about scouring a Pee Dee River bottom for a mound the tribe knew about, but not finding any sign of it after years of logging and plowing.

Maybe the best-known of the mounds is a 50-foot-tall platform in Santee National Wildlife Refuge in Clarendon County. But the smallest found has worn down to little more than a swell, DePratter said.

Most outdoors enthusiasts who rove the forests will tell you they know where an Indian mound is. But Lowcountry bottomland is a naturally rolling landscape of low ridges and sloughs. A lot of “mounds” are just ridges left by retreating flood tides, or levee walls for logging or farming.

“I can’t tell you how many times in my career I’ve been taken out to see mounds that were natural erosional features in the floodplain,” DePratter said.

Only with careful trowel work can archaeologists find the signs of bucket piling, floors worn by footfalls or buried pottery shards.

Not so long ago, mounds routinely were excavated. But in the 1970s, the remains of nearly 30 Santee tribe natives were unearthed at the Santee mound in the wildlife refuge. The tribe’s descendants waged a years-long battle to repatriate those remains, and attitudes began to change.

“There’s a newfound respect for the wishes of descendants. These sites are sacred sites to Native Americans. It’s their ancestors,” DePratter said.

To archaeologists, the mounds remain a scarce, irreplaceable insight into cultures in the region and how they dealt with the environs, he said.

“Every little clue is important to understanding past societies.” 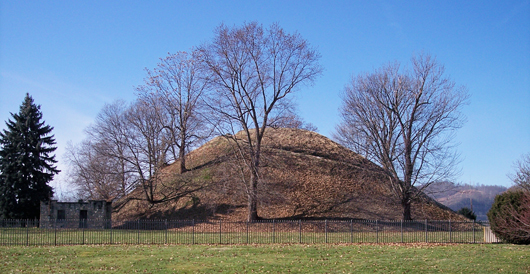