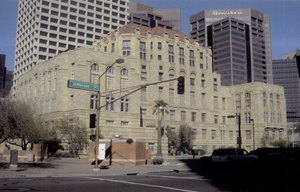 Maricopa County Courthouse in Phoenix, which was built in 1929. Image courtesy Wikipedia Commons.

The Arizona Republic reports preservation experts believe pottery fragments found by workers in May date as far back as 1,600 years ago.

Archaeologist Mark Hackbarth, whose firm is contracted with the county to examine any findings, says the grindstones predate even the Hohokam Indians.

The fragments will eventually go to the Pueblo Grand Museum for research and future exhibits.

A spokeswoman for the county said Wednesday allowing archaeologists to gather findings at the site at Sixth Avenue and Madison Street shouldn’t affect the construction deadline for the $93 million facility.

Information from: The Arizona Republic, http://www.azcentral.com 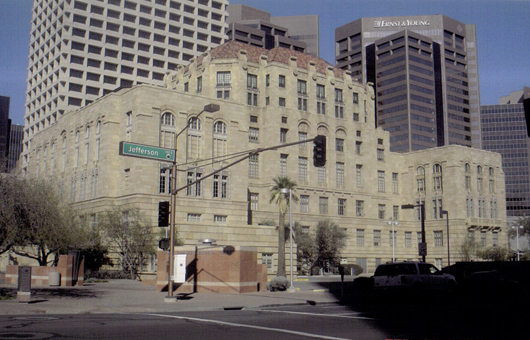 Maricopa County Courthouse in Phoenix, which was built in 1929. Image courtesy Wikipedia Commons.

From ashes of Pa. foundry, a town is revitalized