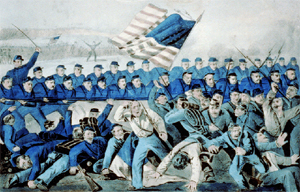 The Battle of Malvern Hill on July 1, 1862 is depicted in a Currier & Ives lithograph. Image courtesy Wikimedia Commons.

SARATOGA SPRINGS, N.Y. (AP) – This week marks the 150th anniversary of the first in a series of Civil War battles during which New York regiments would suffer thousands of casualties.

According to historians at the New York State Military Museum in Saratoga Springs, the first of the Seven Days Battles occurred on June 25, 1862 when New York’s Excelsior Brigade spearheaded an attack against Confederate forces outside Richmond, Va.

After the last battle was fought at Malvern Hill on July 1, the Union Army had suffered nearly 16,000 casualties, including some 4,000 from dozens of New York units. 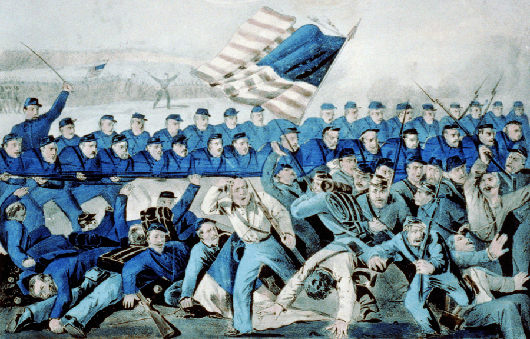 The Battle of Malvern Hill on July 1, 1862 is depicted in a Currier & Ives lithograph. Image courtesy Wikimedia Commons.