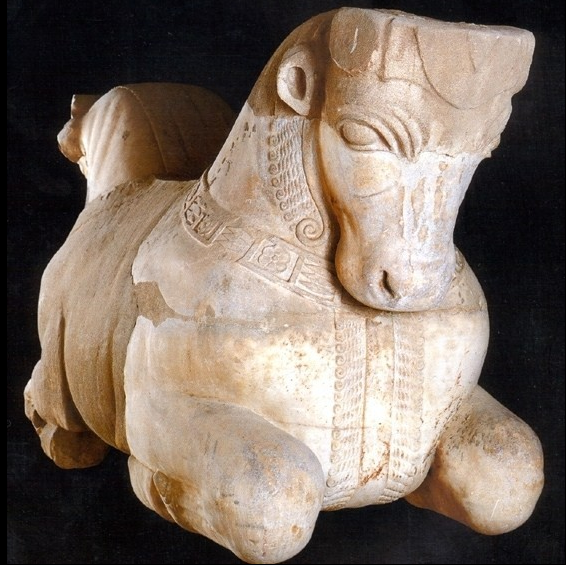 Example of a Persian-style two-headed bull protome found in Sidon in southern Lebanon, 5th century BC. This piece is shown solely for purposes of illustration and is not related to the case described in this article.

NEW YORK (AP) – A husband and wife from Colorado have dropped their bid to prevent a 2,300-year-old marble bull’s head from being returned to the Republic of Lebanon, where New York prosecutors say it had been stolen during the country’s civil war in 1981.

The sculpture had been on loan to the Metropolitan Museum of Art until July, when Lebanese officials requested the item’s return and it was handed over to New York City authorities.

The New York Times reports collectors Lynda and William Beierwaltes sued the Manhattan district attorney’s office and the Lebanese government, arguing they had bought the artifact in good faith.

A lawyer for the couple said Wednesday they are withdrawing their claim to the sculpture after they were presented with “incontrovertible evidence” that it was stolen.