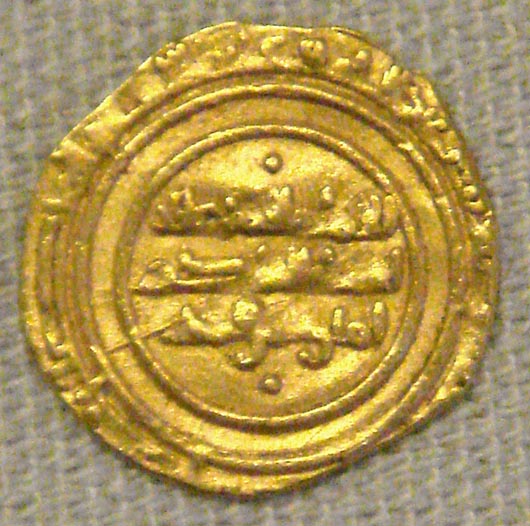 CAESAREA, Israel (AP) – Israel on Wednesday unveiled the largest collection of medieval gold coins ever found in the country, accidentally discovered by amateur divers and dating back about a thousand years.

The find was made two weeks ago near the Israeli port city of Caesarea and consists of some 2,000 coins, weighing about 6 kilograms (13 pounds), the Israel Antiquities Authority said.

The coins were likely swept up in recent storms, said Kobi Sharvit, director of the authority’s marine archaeology unit, adding that they provided “fascinating and rare historical evidence” from the Fatimid era in the 10th and 11th centuries.

The divers initially thought they had spotted toy coins but later showed a few of them to officials.

Marine archeologists, using metal detectors, then found the larger haul with coins of various denominations, dimensions and weight. The divers handed over all the coins.

Sharvit said they probably came from a boat that sank on its way to deliver tax money to Egypt or from a merchant ship trading among Mediterranean coastal cities.

He said archeologists hope further excavations at the site of the find will make it possible “to supplement our understanding of the entire archaeological context, and thus answer the many questions that still remain unanswered about the treasure.”

Robert Kool, the Israel Antiquities Authority’s curator of coins, said the find was in excellent condition. The coins did not require any cleaning or conservation despite having been at the bottom of the sea for about a millennium.

“Gold is a noble metal and is not affected by air or water,” he said. “Several of the coins that were found in the assemblage were bent and exhibit teeth and bite marks, evidence they were ‘physically’ inspected by their owners or the merchants.”

The earliest coin exposed in the treasure was a quarter dinar minted in Palermo, Sicily, in the second half of the 9th century.

Most of the coins, though, appear to have belonged to Fatimid caliphs Al-Hakim and his son Ali az-Zahir and minted later. The Fatimid kingdom ruled Northern Africa, beginning in the 10th century.