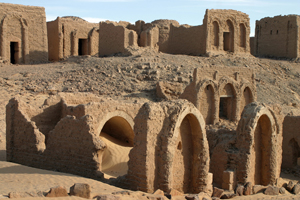 The Al-Bagawat cemetery at Kharga Oasis, one of the oldest Christian cemeteries in the world. Photo by Kabaeh49 at de.wikipedia, Licensed under the Creative Commons Attribution-Share Alike 2.0 Germany License.

CAIRO (AP) – Egypt’s antiquities authority announced on Wednesday the discovery of an ancient trading settlement in one of its desert oases dating back more than 3,500 years, a millennium older than previous discoveries in the area.

The Yale University mission discovered the settlement while excavating in Kharga Oasis, more than 300 miles (500 kilometers) south of Cairo in the Western Desert.

The site is on what was once a bustling trade route between the ancient Egyptian civilization in the Nile valley and the rest of Africa, said the statement from the Supreme Council of Antiquities.

Mission head John Darnell said the site had a massive baking operation suggesting it may have been a food production center. 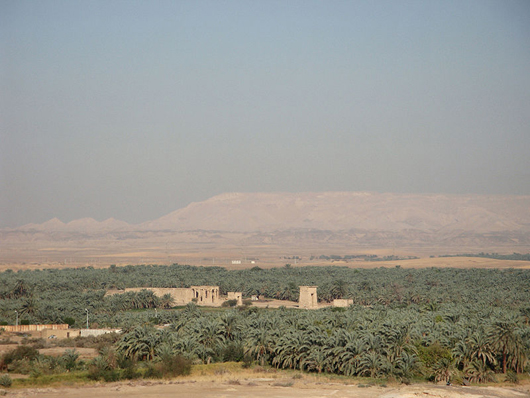 Kharga Oasis in the Libyan desert is the largest oasis known to exist in western Egypt. It is located about 200 kilometres west of the Nile Valley. Photo by Hanne Siegmeier, licensed under the Creative Commons Attribution 2.0 Generic License.