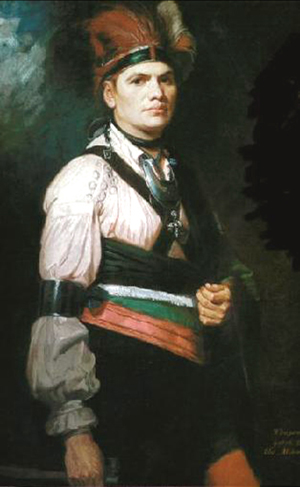 FORT HUNTER, N.Y. (AP) – Jane Fonda’s ancestors traded with Mohawk Indians here. One of the most powerful men in North America had his own elevated pews in the chapel. And the Mohawk dubbed “the Monster Brant” by his American foes showed that he wasn’t so monstrous after all.

Fort Hunter, built in the Mohawk Valley by the British 300 years ago, was a center of commercial, social and military activity for much of the 18th century before falling into disrepair and leaving behind few visible signs of its existence. This week, a team of state archaeologists is wrapping up a three-month excavation made possible by one of the region’s worst natural disasters in decades.

Severe flooding caused by the torrential rain from Tropical Storm Irene in late August sent the Schoharie Creek surging over its banks, scouring away the soil underneath the parking lot at the creekside Schoharie Crossing State Historic Site, located in this rural Montgomery County hamlet 35 miles northwest of Albany.

The floodwaters tore up large chunks of blacktop and concrete and left them scattered about the site, but they also uncovered some of the long-buried remnants of Fort Hunter, built by the English in 1712 near a Mohawk village.

When the waters receded and the archaeologists started digging in September, they found plenty of 18th-century artifacts littering the area, including musket balls, pipe stems, ceramic pottery and glass bottle fragments, and coins. One British coin with a square hole punched in the middle likely decorated a Mohawk’s clothing, Roets said.

Archaeological excavations conducted in 1987 ahead of the parking lot’s construction uncovered some evidence of the fort’s foundations, but the current work has revealed far more evidence of the site’s storied past, officials said.

“This is the first time we’ve pinned down exactly where the fort was located,” said Michael Roets, an archaeologist for the state Office of Parks, Recreation and Historic Preservation, which operates the Schoharie Crossing Historic Site.

An unusually mild stretch of weather allowed the archaeologists to excavate the site late into the fall.

“We’ve been very, very lucky,” state archaeologist Kristin O’Connell said on a recent sunny, 40-degree day as she scraped muddy soil from a hole alongside a row of large, flat stones.

The archaeologists believe the stones and others uncovered a few feet away were used as the foundation for rebuilding one of the fort’s walls and blockhouses in the 1740s. The rebuilt fort’s layout is believed to have roughly traced the original’s, which featured two-story blockhouses placed at each of four corners. They were connected by log walls about 150 feet long and 12 feet high, with a chapel erected in the open middle ground of the fort, Roets said.

Built along the east bank of the Schoharie Creek a couple hundred yards south of where it flows into the Mohawk River, Fort Hunter was England’s westernmost military outpost in a valley controlled by the formidable Mohawk tribe of the Iroquois Confederacy. The fort was home to English fur traders, British soldiers and Anglican missionaries sent to minister to converted Mohawks living nearby.

The fort, named for the British colonial governor who authorized its construction, went through periods of neglect by the English. It was rebuilt at least twice, including in the 1750s, when Sir William Johnson ordered its repair during the French and Indian War.

Johnson, one of the most influential men in Colonial America, had established his fortified homestead a few miles away, on the Mohawk River’s northern bank. He contributed to the upkeep of the stone chapel built inside the fort in the 1740s, and during services his family occupied special elevated pews, compared with the moveable benches provided for other members of the congregation, according to Montgomery County historian Kelly Farquahr.

The fort was a bustling trading post by the mid-18th century. Ancestors of the famous Fonda acting clan—Henry, Jane and Peter—settled the nearby village that bears the family’s name. Historians say those earlier Fondas were known to frequent Fort Hunter, where Indians brought beaver pelts and other furs to trade for muskets, gunpowder and manufactured goods.

A frontier melting pot grew up around the outpost, with Dutch, English, German, Irish and Scottish settlers living alongside Mohawks and Indians displaced from other regions. After the French and Indian War ended in 1763, the fort again fell into disuse. During the Revolutionary War, the stone chapel was fortified by American troops battling British loyalists and Iroquois warriors conducting bloody raids across the region.

According to Farquahr, one account tells of the day an Indian arrived at the fort carrying a baby and a letter from Joseph Brant, Johnson’s protégé and a well-known Mohawk warrior. “The Monster Brant” nickname was bestowed by American foes who blamed him for wartime atrocities that historians say were actually committed by other Indians.

Brant’s letter to the fort’s commander said the baby had been captured by someone in his raiding force the day before, and he was returning the child because he didn’t condone waging war on women and children. According to the American general who witnessed the event, the child’s mother had sought safety at the fort and was reunited with her baby.

The fort eventually fell into ruin, and in the 1820s, the stone chapel was torn down to make way for the Erie Canal. One of the few existing original sections of the canal is located at the state historic site, just a few yards from where the fort stood.

After the dig finishes this week, the exposed stone walls will be covered with sand and landscaping fabric to protect them from the elements, in the hope that future excavations can be conducted, Roets said. 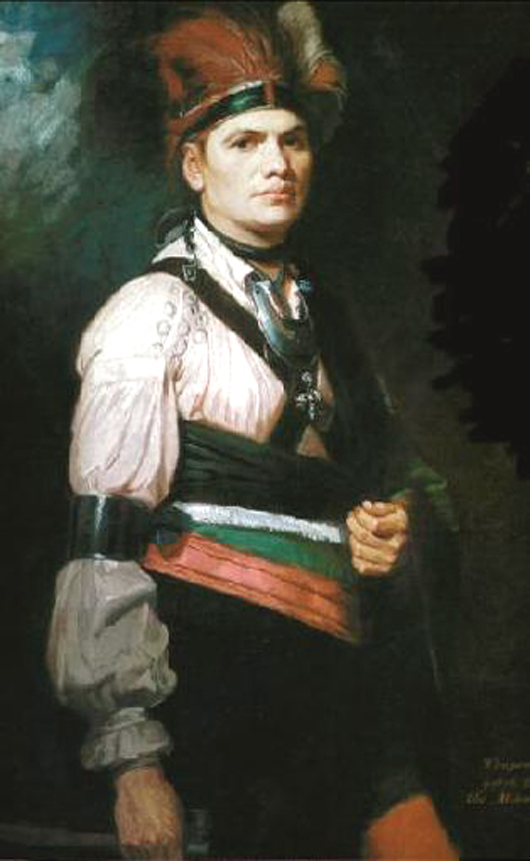