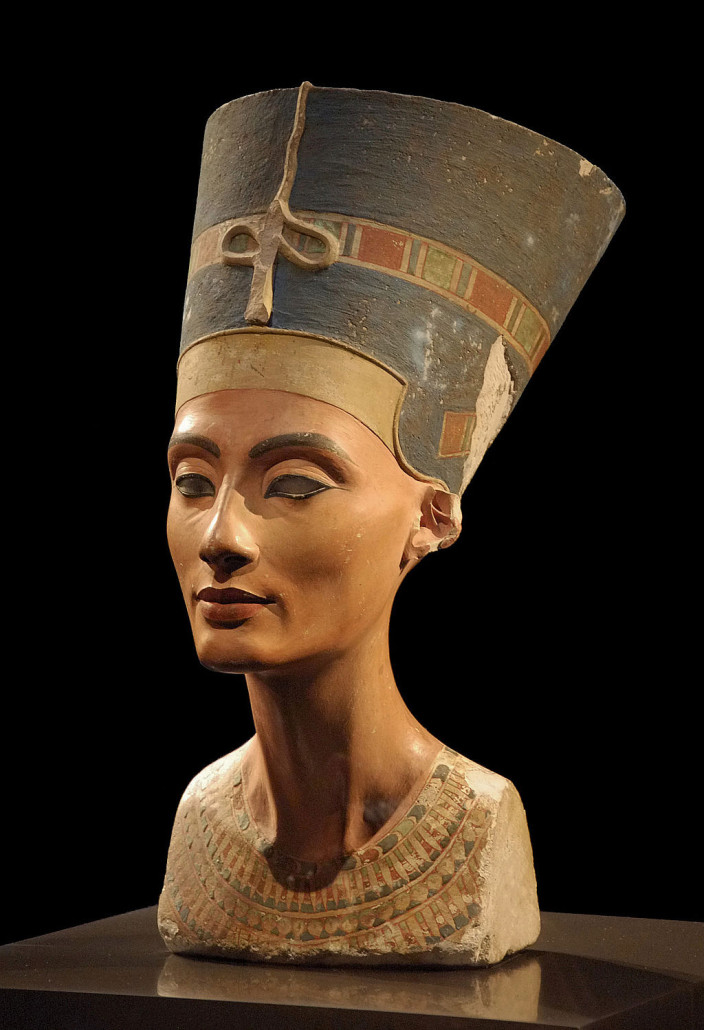 Mamdouh el-Damaty told reporters that the secret chambers may contain metal or organic material, but he declined to comment on whether royal treasure or mummies could be inside. Analysis of the scans made by a Japanese team showed chambers that would be scanned again at the end of the month to get a better idea of what may lay inside, he said.

“It means a rediscovery of Tutankhamun … for Egypt it is a very big discovery, it could be the discovery of the century,” el-Damaty said. “It is very important for Egyptian history and for all of the world.”

The discovery could shine new light on one of ancient Egypt’s most turbulent times, and one prominent researcher has theorized that the Nefertiti’s remains could be inside. British Egyptologist Nicholas Reeves speculates that Tutankhamun, who died at the age of 19, may have been rushed into an outer chamber of what was originally Nefertiti’s tomb, which archaeologists have yet to find.

Famed for her beauty, Nefertiti was the subject of a famous 3,300-year-old bust. Nefertiti was one of the wives of Tutankhamun’s father, the Pharaoh Akhenaten.

El-Damaty said it was too early to tell what the metal and organic material could be, saying only that he thinks the new chambers could contain the tomb of a member of Tutankhamun’s family.

The tomb lies in Luxor, in southern Egypt, which served as the Pharaonic capital in ancient times, and is home to sprawling temples and several highly decorated ancient tombs in the Valley of the Kings. The discovery of King Tut’s nearly-intact tomb by Howard Carter in 1922 sparked a renewed interest in Egyptology and yielded unprecedented Pharaonic treasures, including the boy king’s sarcophagus and iconic golden burial mask.

Reeves reached his theory after high-resolution images discovered what he said were straight lines in King Tut’s tomb. These lines, previously hidden by color and the stones’ texture, indicate the presence of a sealed chamber, he said. The images were broadcast live on national television last September.

At the Cairo news conference, el-Damaty highlighted radar scans that showed anomalies in the walls of the tomb, indicating a possible hidden door and the chambers, which lay behind walls that were covered up and painted over with hieroglyphics.
Nefertiti was the primary wife of the Pharaoh Akhenaten, who unsuccessfully attempted to switch Egypt to an early form of monotheism. Akhenaten was succeeded by a pharaoh referred to as Smenkhare and then Tut, who was proven by genetic testing to have been Akhenaten’s son.

Tut, Nefertiti, and Akhenaten’s family ruled Egypt during one of its most turbulent times, which ended with a military takeover by Egypt’s top general at the time, Horemheb. The family’s names were later erased from official records.
___