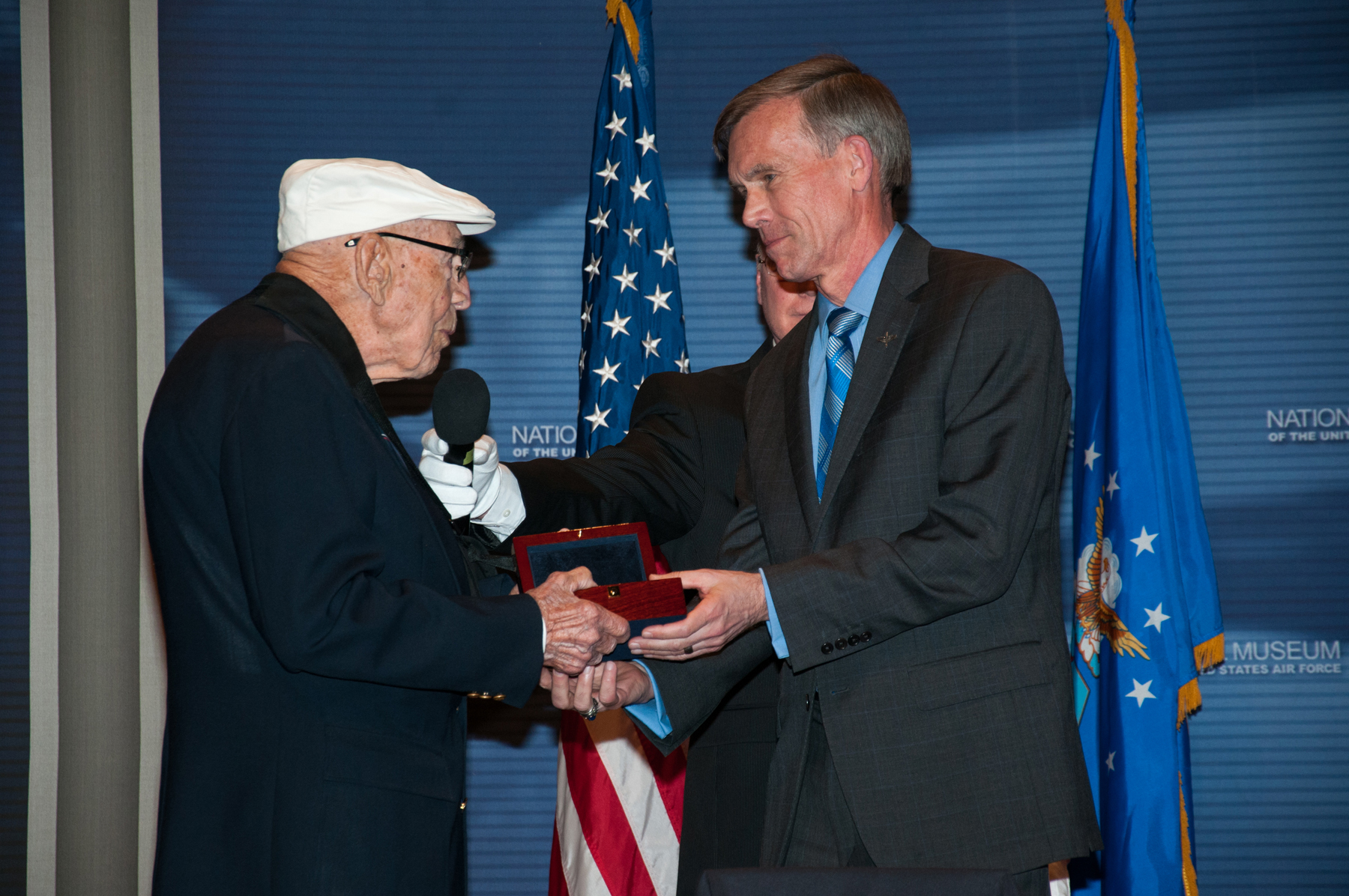 CINCINNATI (AP) – The last two “Doolittle Tokyo Raiders” presented the group’s Congressional Gold Medal for permanent display at a the National Museum of the U.S. Air Force on Saturday, 73 years to the day after their daring bombing attack on Japan rallied Americans in World War II.

Retired Lt. Col. Richard “Dick” Cole, 99, gave the medal to the museum’s director in a ceremony at the museum near Dayton attended by military and political officials and relatives of the original 80 Raiders. The medal, awarded by Congress earlier in the week, arrived in a ceremonial B-25 flight.

“We proudly hand over our Congressional Gold Medal to (museum director retired Lt. Gen.) Jack Hudson, who we trust will respectfully guard it and have it securely displayed … for the world to see and appreciate,” Cole said.

Cole, a Dayton native, was mission leader James “Jimmy” Doolittle’s co-pilot for the B-25 bombers’ attack that stunned Japan and lifted American spirits less than five months after the attack on Pearl Harbor.

Cole recalled wryly Saturday that on the evening of April 18, 1942, Thatcher was on beach in China helping save his crew after a crash-landing, “And I was hanging in my parachute in a tree.”

Cole flew with Doolittle in plane No. 1 of the 16 launched from an aircraft carrier.

Thatcher was engineer-gunner aboard the 7th plane, nicknamed “The Ruptured Duck,” whose crew’s crash-landing and evasion of Japanese troops in China was depicted in the movie Thirty Seconds Over Tokyo.

Retired Staff Sgt. David Thatcher, who was played by Robert Walker in the movie while Spencer Tracy portrayed Doolittle, chuckled as he recounted how the Raiders had given little thought at the time of the raid about earning a place in history.

“We figured it was just another bombing mission,” he said in a recent phone interview from his home.

In the years afterward, though, he said, they realized: “It was an important event in World War II.”

Three Raiders have died since their 70th anniversary reunion at the museum in Ohio, two of them this year.

The latest to fall was Lt. Col. Robert Hite, who died March 29 at age 95 at a Nashville, Tennessee, nursing facility.

Hite was also the last of the eight Raiders who were captured by Japanese soldiers. Three were executed and a fourth died in captivity.

Three other Raiders were killed soon after the bombing run, as most crash-landed or had to bail out.

Margaret Thatcher’s famous handbag to be sold for charity