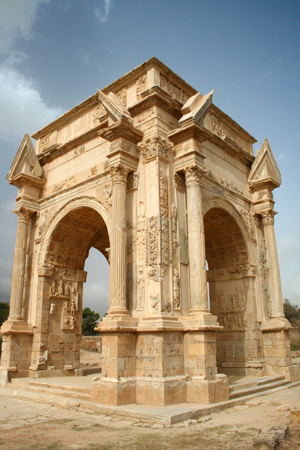 The Arch of Septimius Severus at Leptis Magna, Libya, which was a prominent city of the Roman Empire. Photo by David Gunn.

PARIS (AP) – The U.N. cultural agency is warning Libyans to guard against looting of cultural heritage amid the country’s current turmoil.

The director of UNESCO is also cautioning the international art and antiquities trade to be “particularly wary of objects from Libya in the present circumstances” because they might be stolen.

Director-General Irina Bokova said in a statement Thursday that she contacted authorities in Libya and neighboring countries to urge them “to protect Libya’s invaluable cultural heritage.”

She warned that past conflicts have led to looting and damage to artifacts and archeological treasures.

Ruins of Roman cities are among the five sites in Libya classified by the Paris-based U.N. Educational, Science and Cultural Organization as World Heritage sites.