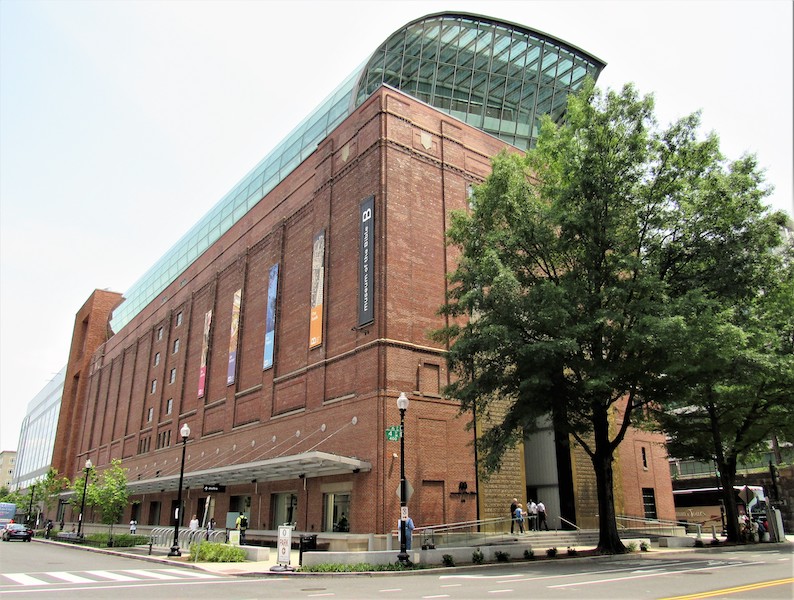 Exterior of the Museum of the Bible in Washington, DC, taken in June 2019. On September 29, the museum returned a millennium-old Christian manuscript to Greece after learning it had been stolen from the Eikosiphoinissa Monastery in 1917. Image courtesy of Wikimedia Commons, photo credit Farragutful. Shared under the Creative Commons Attribution-Share Alike 4.0 International license

ATHENS, Greece (AP) – A U.S. museum has returned a valuable 1,000-year-old Christian manuscript to a monastery in northern Greece it was looted from by Bulgarian forces more than a century ago, together with hundreds of other documents and artifacts.

The 11th century gospel was formally presented September 29 at the Eikosiphoinissa Monastery, in a ceremony attended by Greek Orthodox Archbishop Elpidophoros of America, and officials from the Museum of the Bible in Washington.

According to the Archdiocese of America, the Greek manuscript is one of the world’s oldest handwritten gospels, and is believed to have been made in southern Italy.

It was donated to the museum in 2014 after being bought at auction. Museum officials subsequently identified it as one of the manuscripts stolen from the monastery in 1917 and informed Ecumenical Patriarch Bartholomew I, spiritual leader of the world’s Orthodox Christians, of their desire to return it.

Elpidophoros on Thursday praised the Museum of the Bible for its “courtesy in recognizing where (the manuscript) belongs and returning it.”

“A historical injustice has been redressed,” he said.

The gospel was stolen with another 430 valuable manuscripts by marauding forces from neighboring Bulgaria, who also took hundreds of other religious artifacts. Most are still missing.

The monastery, which dates to the 8th century, was burned in 1943 by Bulgarian occupation forces allied with Nazi Germany during World War II. It has since been rebuilt and now functions as a convent.