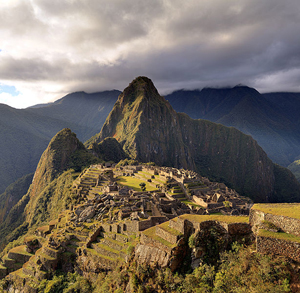 WASHINGTON (AFP) – The United States on Thursday returned a collection of stolen historical artefacts to Peru, including textiles and pottery estimated to be up to 1,800 years old.

“The antiquities we are returning today are remarkable treasures of untold historical significance. More than mere objects, they provide clues into the lives of our ancestors,” said Luis Alvarez, assistant director for international affairs of US Immigration and Customs Enforcement (ICE).

“These items, valued at more than $43,000, were illegally imported from Peru and discovered as part of three investigations,” Alvarez added at the handing-over ceremony at the Peruvian embassy in Washington.

The artefacts, which were recovered in operations in Texas, New York and Colorado, include an Inca pottery vessel depicting a man with a llama, believed to be some 600 years old, and textiles thought to be as old as 1,600 years old, which were likely dug up from graves on Peru’s Pacific coast.

The repatriated pieces of history also included a yellowing manuscript on philosophy, a pot with a feline on one side, another depicting a feline standing up, and a small stone jaguar-human sculpture believed to be 1,200-1,500 years old.

Peruvian ambassador to the United States, Luis Miguel Valdivieso Montano, said the return of the artefacts was the first by the United States to Peru since Yale University handed back a collection of 366 historical pieces from the Inca citadel of Machu Picchu.

The Machu Picchu artefacts got a grandiose welcome in March when they were returned to Peru, and Yale University is due next year to hand back to Peru another 40,000 ancient artefacts, which were “loaned” to the U.S. university, the ambassador said.

Click here to view a video about the artefacts of Machu Picchu and the jubilant reaction over their return to Peru.