Mary Proctor – Faith. Mary is one of hundreds of colorful and eccentric artists who attend Folk Fest to meet and greet the public. Image courtesy Folk Fest/Slotin Auction.

ATLANTA – Over the past 16 years, Folk Fest has grown to become one of the largest and most important folk art events in the world, attracting an attendance of up to 12,000 people per show.

The 2009 edition of Folk Fest will take place Aug. 14-16 at the 80,000 sq. ft. North Atlanta Trade Center. Around 100 prestigious galleries and dealers will be on hand to exhibit their specialties, including self-taught art, outsider art, Southern folk pottery, antique folk art and anonymous works.

“Visitors pour in from all over the country to see what’s hot in the world of folk art,” said co-producer Steve Slotin. “Folk Fest is the place where museums, prominent galleries, important publications and serious collectors make their new discoveries.”

A wide range of price points is seen at Folk Fest, with artworks available for every budget. “You can find a starter piece for $5 or a museum-quality masterpiece for $50,000,” said Slotin.

America and the art community as a whole have embraced self-taught art. Previously of interest to only museums, curators and art connoisseurs, folk art can now be found throughout mainstream culture. Self-taught art is now the subject of movies, television and commercials, and is prominently featured in magazines, books and newspapers. “It has finally taken its well-deserved place as a true American art form,” Slotin said.

A visit to Folk Fest is an entertaining, educational (and well air-conditioned) experience for the whole family and teams up nicely with a trip to the High Museum of Folk Art and Photography, Slotin said.

The Friday evening opening event will take place from 5-10 p.m. – admission $15, with free re-admission throughout the weekend. As a special bonus, a complimentary T-shirt will be given with each paid admission on opening night.  The show will continue from 10 a.m. to 7 p.m. on Saturday and 10 a.m. to 5 p.m. on Sunday – admission $7 each day. 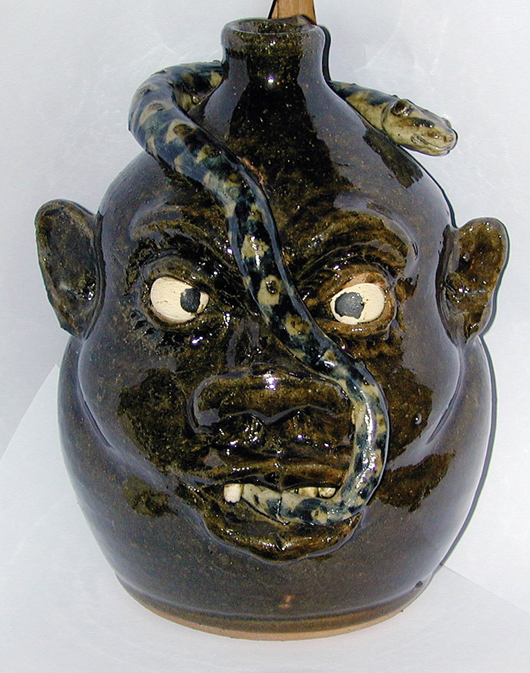 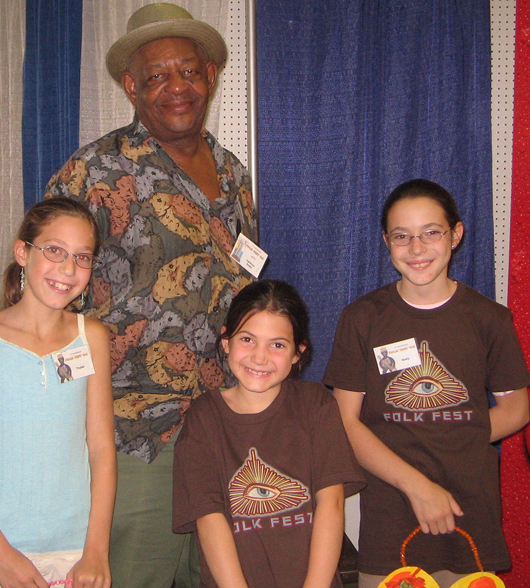 Artist Lorenzo Scott talks with some of his youngest fans at Folk Fest. Children love to visit Folk Fest with a notepad to collect signatures and small sketches from the hundreds of artists. 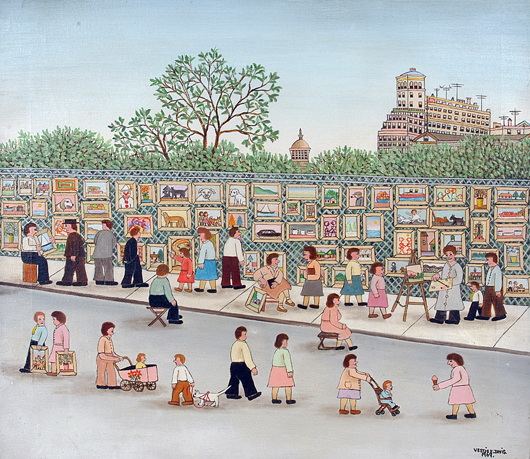 Blenko Festival of Glass slated for Aug. 7-8 in West Virginia

Court rules O’Keeffe Museum has no right to Fisk University’s a...
Scroll to top