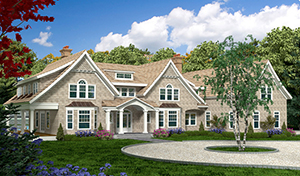 The showhouse committee announced that Traditional Home magazine is the 2013 presenting sponsor and LX.TV Open House is the 2013 television sponsor. Mario Buatta is the honorary showhouse chairman. Jamie Drake and Alexa Hampton are the honorary design co-chairmen. An Aug. 26 online auction of designer items from the showhouse will take place through LiveAuctioneers.com. Additional items are being added to the catalog every day through Aug. 1, so bidders are encouraged to check the catalog on a daily basis.


The Hampton Designer Showhouse, now in its thirteenth year, is a showcase for America’s premier design talent. Thirty interior designers and decorative artists will turn a lavish shingle-style home into a decorating masterpiece. This year’s showhouse located at 990 Brick Kiln Road in Bridgehampton, New York, has been generously provided by the exclusive firm of Bodenchak Design and Build (www.bodenchak.com).

“What could be more inspiring than the Hamptons at the height of the summer season?” said Ann Maine, editor-in-chief of Traditional Home magazine. “We’re delighted to once again serve as the national media sponsor of The Hampton Designer Showhouse. This incredible project is not only a premier showcase for innovative design ideas from some of the top talent in the industry—but more importantly—raises critical funds to support Southampton Hospital.”

The Hampton Designer Showhouse will be open to the public now through Labor Day, Monday, September 2, 2013. Showhouse hours will be as follows: Monday through Sunday, 11 a.m. to 5 p.m. Children under six, infants, strollers and pets are not allowed in the Showhouse. Admission to the Showhouse is $35 and includes the Showhouse Journal.

As the largest upscale shelter magazine in America, Traditional Home celebrates the union of timeless design with modern living, inspiring 5 million design lovers to reinterpret classic elegance in a thoroughly personal way. From home, garden, and green living to food, entertaining, and travel, the magazine is a tribute to quality, craftsmanship, authenticity, and family—a trusted resource that respects the past, lives in the present, and embraces products designed for the future. For more information, please visit www.traditionalhome.com. For more information regarding the magazine’s exciting online companion, TRADhome, please visit www.tradhomemag.com.

Since its establishment in 1909, Southampton Hospital has remained faithful to the vision of its founders in its dedication to providing the very best medical care to the East End community. An affiliate of Stony Brook Medicine and a member of East End Health Alliance, the nonprofit Hospital is fully accredited by the Joint Commission and offers a full continuum of ambulatory and inpatient services ranging from primary medical care to specialized surgical procedures. The only major medical facility on eastern Long Island’s South Fork, the Hospital offers primary, emergency and specialty healthcare, extended service hours and community outreach programs to Southampton, East Hampton and Shelter Island towns. For more information, please visit www.southamptonhospital.org.

For more information on the 2013 Hampton Designer Showhouse and to purchase tickets, please visit www.hamptondesignershowhouse.com.

View the fully illustrated auction catalog containing featured items from the Hampton Designer Showhouse and sign up to bid absentee or live via the Internet at www.LiveAuctioneers.com. 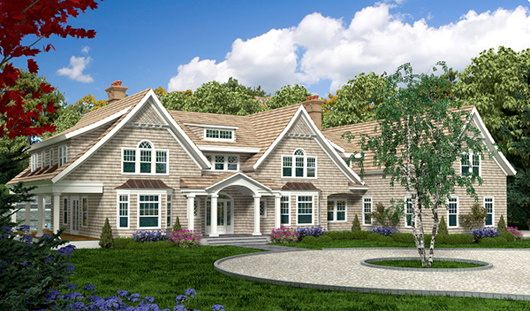