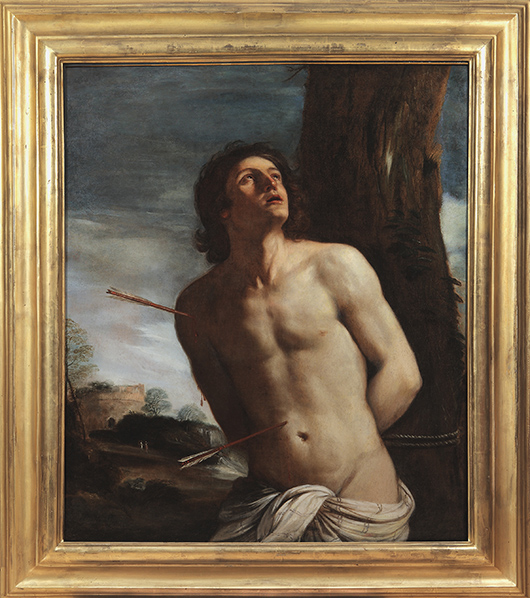 NEW YORK – Many know him from his featured role as Tony Soprano’s enforcer on the TV series ‘The Sopranos,’ but actor Federico Castelluccio is also a talented painter, as well as an art collector and patron of the arts. He recently escorted his 17th-century painting of St. Sebastian by Guercino back to New York, having loaned the masterpiece to the Italy-based Cosso Foundation for their “St. Sebastian: Beauty and Integrity in Art Between the 15th and the 17th Centuries” exhibition at the Miradolo Castle, near Turin.

The exhibition opened in early October, when the story first broke that Castelluccio had recently discovered the lost painting. By the time the event closed on March 8, more than 20,000 people had viewed the exhibit.

Castelluccio attended the private closing gala for the exhibit, hosted by the Cosso Foundation, before personally overseeing the packing and crating of his Guercino.

He escorted the painting, along with a 16th-century Titian masterpiece of St. Sebastian represented by his friend, New York art dealer Robert Simon, through the cargo area at the Milan airport. Castelluccio then flew home to New York with the paintings and was met by white-gloved professional art transporters who took the Guercino to its temporary new home. It is now safely stored in a New York vault until Castelluccio decides where its first U.S. viewing will be.

The Guercino, said to be worth millions, was already on its way to Italy when the announcement was made in October, so its return this month marks the first time the painting will have been on U.S. soil since gaining worldwide attention in the fall. Until now, the painting had not been on public view for more than 350 years. 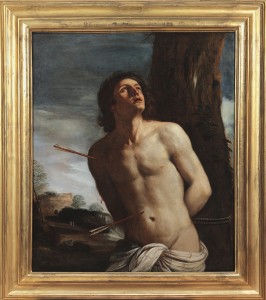 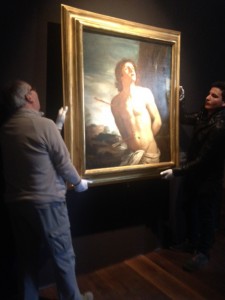 St. Sebastian by Guercino being prepared for shipping to the U.S. Image by Federico Castelluccio 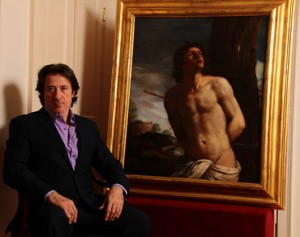