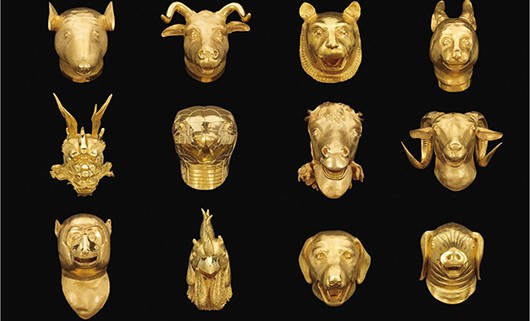 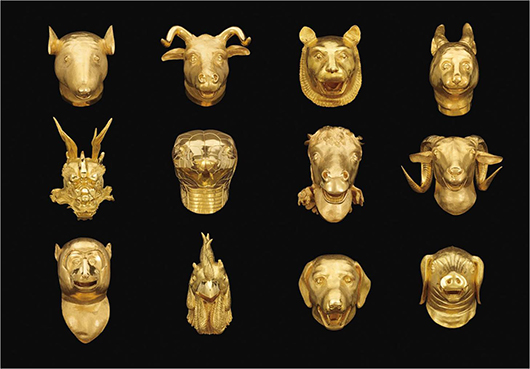 CHEYENNE, Wyo. (AP) – Wyoming has abundant wildlife but nothing quite like this: A dozen animal heads, each weighing 800 pounds, are headed for display at the National Museum of Wildlife Art in Jackson Hole.

The heads representing the creatures of the traditional Chinese zodiac — rat, ox, tiger, rabbit, dragon, snake, horse, ram, monkey, rooster, dog, and pig — will arrive by tractor-trailer in a few weeks. A crane will hoist them into place atop concrete pads poured specially for the exhibition. From May 9 to Oct. 11, visitors will be able to take in Ai Weiwei’s Circle of Animals/Zodiac Heads along the museum’s sculpture trail.

“This is unprecedented in terms of how much work we’re putting into installation for a temporary installation,” said Jane Lavino, the museum’s curator of education.

Ai is among China’s best-known contemporary artists. He played a key role in designing the “Bird’s Nest” Beijing National Stadium ahead of the 2008 Olympics. He’s also well known as a critic of the Chinese government. Chinese authorities in recent years have shut down his blog, destroyed his studio and jailed him for almost three months. He has been prohibited from traveling abroad.

“We’re actually very curious what kind of response we’ll get,” said museum President James McNutt. “There’s been a great influx of Chinese tourists to Jackson Hole in the last year or so, and we expect quite a few this summer. We don’t really have any way to gauge, though, how many of those people are likely to be familiar with his work.”

Following exhibition in Chicago, Los Angeles, London and other cities worldwide, the zodiac animals will be displayed in a natural setting for the first time. The Gros Ventre Range to the east will be their backdrop at the museum near the National Elk Refuge a couple miles north of Jackson.

A group of large zodiac animals displayed in China more than 150 years ago provided the inspiration for Ai’s work. In 1860, during the Second Opium War, French and British troops looted the originals from the Old Summer Palace in the Garden of Perfect Brightness in Beijing. The fate of at least five of the original animal heads remains unknown.

Museum curator Adam Duncan Harris said he first encountered Ai’s zodiac animals when they were on display in Washington, D.C., a few years ago. He set about applying to have the piece displayed at the National Museum of Wildlife Art and succeeded this year.

The museum has plenty of experience handling large pieces, including a small herd of larger-than-life bronze bison weighing more than 3,000 pounds each. “It’s not difficult when you have the right tools and the right people with the right experience,” Harris said.