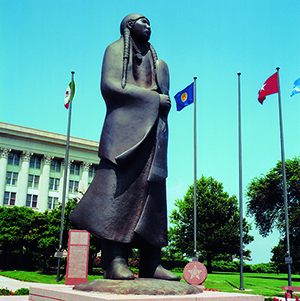 OKLAHOMA CITY (AP) – Statues, paintings and other artwork by the late Chiricahua Apache artist Allan Houser will be on display across the state this year to honor the 100th year of his birth, including five monumental-size sculptures that are being installed at the state Capitol this week.

Installation of the five bronze statues began Wednesday at the Capitol’s east entrance, where two large sculptures titled Morning Prayer and Singing Heart will be erected. Two more will be installed at the west entrance, along with a fifth piece that will be placed on the north plaza. All five will be on display through December.

Houser, who died in 1994, was a renowned Native American artist and among the most influential of the 20th century. Oklahoma’s license plate depicts Houser’s Sacred Rain Arrow and his sculptures greet visitors to the Oklahoma Capitol, the University of Oklahoma in Norman and the Gilcrease Museum in Tulsa.

Born to Apache parents who were brought to Fort Sill as prisoners of war, Houser, born Allan Haozous, was symbolic of the first generation of American Indians forced to make a transition into the white culture, said Bob Blackburn, director of the Oklahoma Historical Society.

“He changed Indian art in America,” Blackburn said. “He’s the pivot point from advocating Indian art as a way to make a living to an expression of their own imagination and observations.

“He really gives many Indian artists their ability to express themselves in their own individual way.”

Houser’s nephew, Jeff Haozous, the chairman of the Fort Sill Apache Tribe, said his uncle was a talented and productive artist who also spent decades teaching art to younger generations of artists.

“He’s an inspiration based on what he was able to achieve,” Haozous said. “As a nephew and a tribal member, it’s something I’m really proud to see his art getting such recognition.”

Haozous said 2014 is significant for the tribe because it marks the centennial of the tribe’s freedom following the imprisonment of its members, who were among the last to engage in battles with the U.S. Army.

“They had been living on Fort Sill as POWs, and now they were free Apaches,” Haozous said. “That is of huge significance to us, and as a tribal leader, that is the most significant thing to happen this year.”

Sean Murphy can be reached at www.twitter.com/apseanmurphy 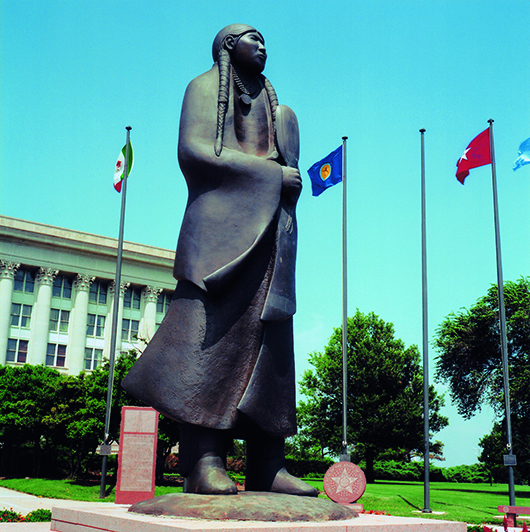 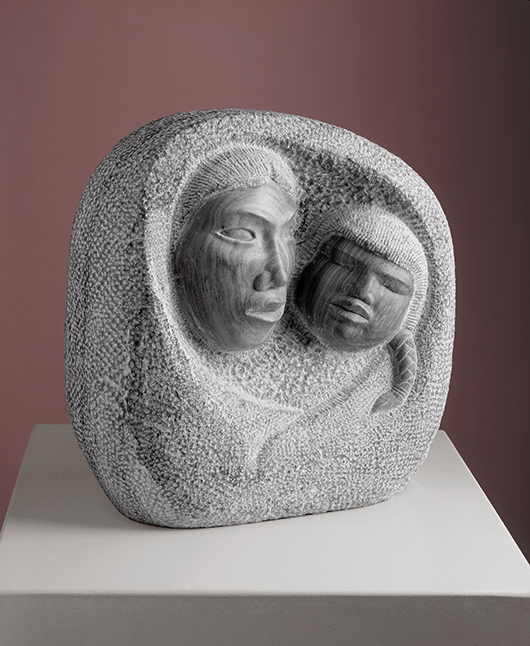 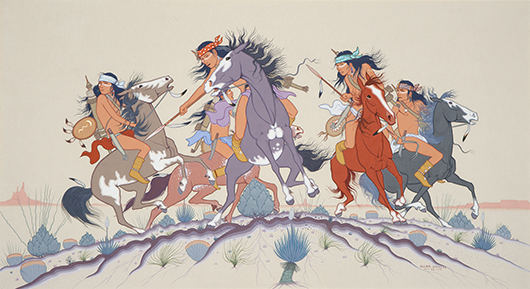