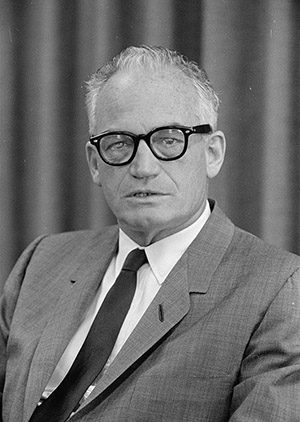 PHOENIX (AP) – A statue of the late U.S. Sen. Barry Goldwater that will eventually move to the U.S. Capitol is at the center of an artists’ feud.

Robert Sutz, a Scottsdale, Ariz., artist, has accused the statue’s creator of using one of his pieces for the project without giving him credit, the Arizona Republic reported.

“It’s been a very upsetting issue,” Sutz said, “but I can’t imagine much being done about it.”

According to Sutz, he loaned a plaster life mask of Goldwater that he made in 1995 to artist Deborah Copenhaver Fellows as a professional gesture. He said he was encouraged by Goldwater’s son, Michael.

“Nothing on Earth could help a sculptor to get a good likeness more than to have reference to a life mask,” Sutz said.

After viewing the sculpture in person this month, Sutz said he is sure that Copehaver Fellows borrowed from his work.

“I did not make a mold of his mask, nor did I need to,” Copenhaver Fellows said in a written statement to the Arizona Republic. “Making a mold of it would not have been beneficial to me, as it was life scale and my monument is life-and-one-third.”

She added that she used “literally hundreds of reference materials” to make the sculpture.

“The life mask was the same size as dad’s normal head,” Michael Goldwater said to the Arizona Republic. “The statue … is 8 feet tall, not 6 feet tall. So, it’s quite a bit larger. I am almost sure they didn’t use it as a mold.”

Goldwater, who was from Phoenix, was the 1964 Republican presidential nominee. Interest in him has been renewed with this year marking the 50th anniversary of his campaign against President Lyndon B. Johnson.

Retired from political life, Goldwater permitted Sutz to put his face in plaster bandages to make the mask. Sutz even used a pair of glasses from Goldwater for the piece.

According to Sutz, Copenhaver Fellows returned the mask to him in April 2013, but the glasses were broken. He said he was compensated only $1,000 for the two weeks’ of repairs it required. Copenhaver, meanwhile, said it was damaged during shipping and that he should have received $1,100, as entitled under FedEx insurance for artwork.

The state commissioned Copenhaver Fellows $125,000 for the statue and another $25,000 when the size had to be changed, the Arizona Secretary of State’s Office said. The 8-foot-tall statue of Goldwater was unveiled March 31 at the Arizona Capitol. The statue will remain there before being relocated later in the year to the U.S. Capitol’s National Statuary Hall.

Information from: The Arizona Republic, http://www.azcentral.com 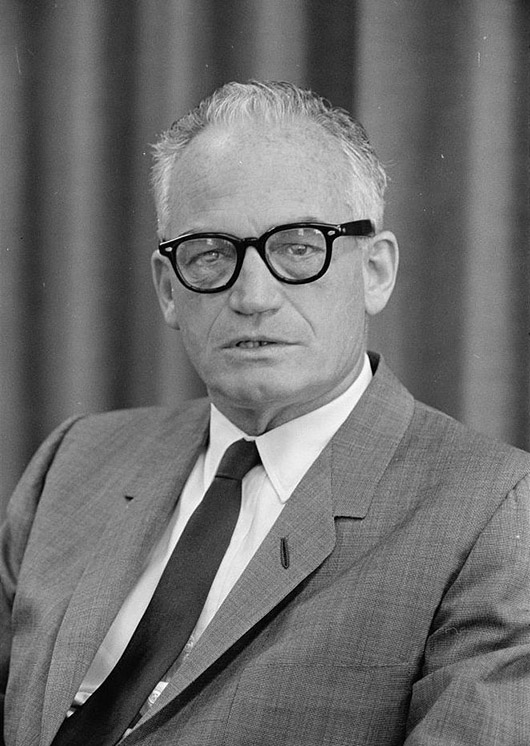