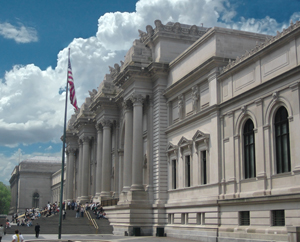 NEW YORK – The great Baroque sculptor Gian Lorenzo Bernini (1598–1680) will be the subject of a major exhibition that will open at the Metropolitan Museum of Art on Oct. 3.

To visualize life-size or colossal works in marble, Bernini began by rapidly modeling small clay sketches. Fired as terra-cotta, these studies are bold, expressive works in their own right. Together with related drawings, they preserve the first traces of Bernini’s fervid imagination and unique creative process that evolved into some of the most famous and spectacular statuary in Rome, including the fountains in the Piazza Navona and the angels on the Ponte Sant’ Angelo.

“Bernini: Sculpting in Clay” will feature 50 of these terra-cotta sketch models, shown together for the first time, with 30 drawings. Due to unprecedented loans especially granted for this occasion, the exhibition will be the first to retrace Bernini’s unparalleled approach to sculptural design, and his use of vigorous clay studies and drawings in directing the largest workshop of his time. The exhibition will offer viewers a more profound insight into the artist’s dazzling creative mind, and his impact on the fabric of Baroque Rome.

The exhibition was organized by The Metropolitan Museum of Art, New York, and the Kimbell Art Museum, Fort Worth.

Gian Lorenzo Bernini was the most famous and important sculptor in 17th-century Europe, best known for his stunning works in marble that still decorate many of the churches and piazzas of Rome today. Bernini examined problems of construction and design by modeling damp clay with his fingers and tools with incredible dexterity. He used these studies and related drawings to decide on the perspective of his compositions. “Bernini: Sculpting in Clay” will present an overview of his career and showcase his full range as a modeler by assembling almost all of his surviving terra-cottas, including 15 from the Harvard Art Museums, the largest collection of Bernini terra-cottas in the world, on loan for the first time.

Bernini’s liveliest terra-cottas divulge an impassioned imagination and also raise the curtain on the practical side of sculpture-making. Unlike his contemporaries, Bernini often fashioned his clay figures in groups, and the two such groups that survive will be recreated in the exhibition. Occasionally, he also presented more finished models to his patrons to win commissions or to his assistants to use as guides in carving. The exhibition will also treat the role of drawing in Bernini’s design process and, where possible, the drawings and the models to which they relate will be displayed together. These juxtapositions will make clear the evolution of Bernini’s own works, as he shifted between media, and will allow visitors to follow the many steps of his creative process. Significant clay studies by his closest assistants will also be on display to illustrate the practice of sculpture production in his studio.

“Bernini: Sculpting in Clay” will include other outstanding loans from international museums such as the Musée du Louvre, Paris, the Vatican Museums, the Museo del Palazzo di Venezia, Rome, the Galleria degli Uffizi, Florence, the Victoria and Albert Museum, London, and the Royal Collection at Windsor Castle. Many of these loans have never been seen in the United States. Highlights will include a dynamic terra-cotta model for the lion (circa 1649-50) destined for the base of the Four Rivers Fountain in the center of the Piazza Navona in Rome; the series of models for the Angel with Superscription (1668-69); the Moor (1653), Bernini’s largest surviving model; and drawings and clay sketches for the Kneeling Angels (1672) on the Altar of the Blessed Sacrament in Saint Peter’s Basilica.

The exhibition will be featured on the museum’s website at www.metmuseum.org.

After its run at the Metropolitan Museum, which ends Jan. 6, “Bernini: Sculpting in Clay” will be on view at the Kimbell Art Museum, Fort Worth, Texas, from Feb. 3 through April 14. 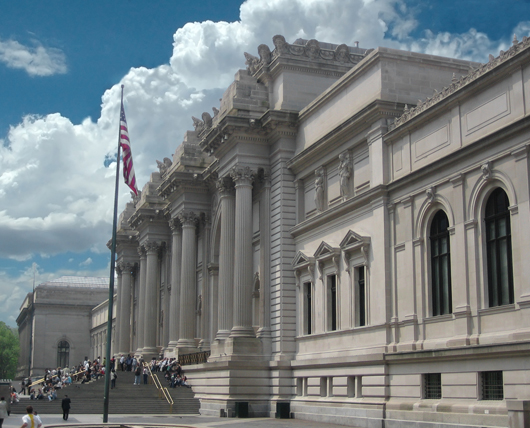