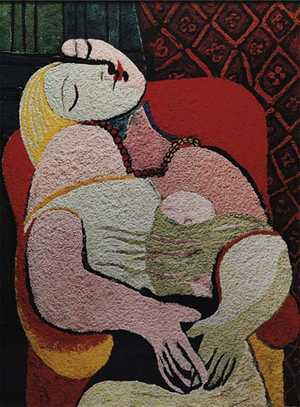 “We have seen an incredible increase in the number of sales, buyers and collectors,” Eliana Finkelstein, president of ABACT, the country’s contemporary art association, told AFP. “All this makes Brazil a very prosperous and promising market.”

“The Brazilian economy is going through a good phase right now and that is benefiting the art market,” he said.

This year alone, Trevisan has taken part in art fairs in cities as far-flung as Madrid, Hong Kong, London and Miami.

Brazil’s rising profile in the art world in part reflects its growing economic might — currently the world’s sixth largest economy, Brazil has steered clear of much of the global economic turmoil of recent years.

Sao Paulo, a pulsating metropolis in this nation of 191 million, is positioning itself to become a hotspot in the global art market.

So far so good: the last SP-Arte fair hosted here in May drew a record number of 110 gallerists, 27 of whom were foreign.

In September, the city will host the 30th Sao Paulo Biennial, which is also expected to attract more than 100 artists from around the world.

“Many eyes are on Brazil right now, not only because it’s ‘in’ at the moment, but also because it produces quality,” artist Estela Sokol told AFP during an interview in her studio filled with colorful creations.

At Sotheby’s in New York, works by Brazilians are currently considered a hot commodity.

Pieces by de Camargo, as well as by the painters Candido Portinari (1903-1962), Emiliano di Cavalcanti (1897-1976) and others tend to be expensive and of interest to a more exclusive group of buyers.

“It’s the young who travel, who know about art, nouveaux riches who have good taste and who don’t just buy a painting to go with the sofa in the living room,” Adriano Casanova, of Sao Paulo’s Baro Gallery, told AFP.

So far, prices are reasonable.

According to the ABACT contemporary art association, the average cost of contemporary Brazilian artwork is $550, which experts say contributes to “the democratization of art.”

“This helps young artists live and produce,” Melian said. “Every period needs patrons and the more, the better.”

Among the best-known young contemporary artists are Vik Muniz, Beatriz Milhazes and Adriana Varejao, whose works can cost up to $500,000. 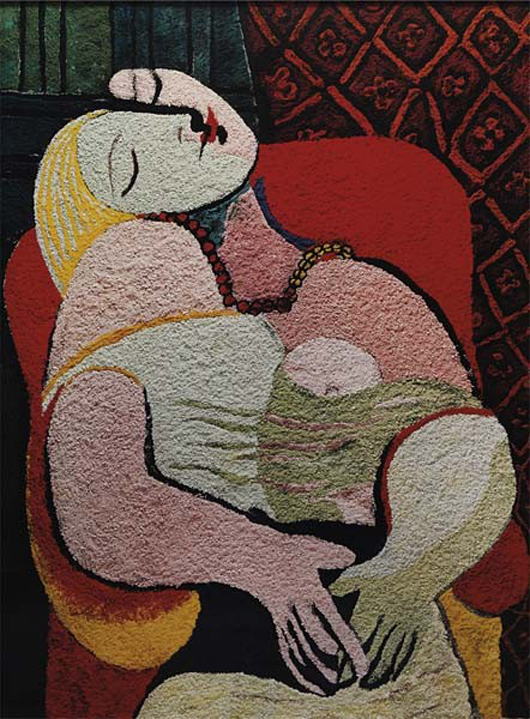