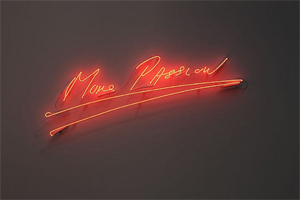 The glowing red sign has been hung outside the Terracotta Room on the first floor of Number 10 Downing Street, lighting up a dark hallway inside the historic building, the Sunday Telegraph newspaper reported.

Cameron, who is a big fan of the controversial artist, invited her last year to contribute a piece and she reportedly put the finishing touches to the installation last week.

The artwork has been donated to the official government art collection, the paper cited a Downing Street spokesman as saying.

It will be a modern addition to the many well-known works of art already in the Terracotta Room, which are on loan from the official art collection.

Emin, 48, has previously sold similar neon installations for tens of thousands of pounds.

Speaking last year about the project, the artist, best known for an installation of her unmade bed and for a tent embroidered with the names of everyone she has ever slept with, promised it would not be too risque.

“It has to be something that will relate to different people on different levels because of all the dignitaries and world leaders and religious groups who go to Number 10,” she was quoted as saying in the Telegraph. 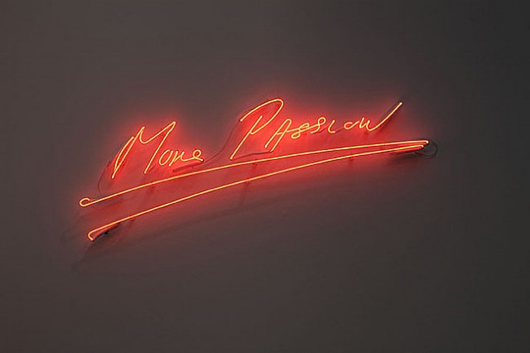 Batman fans show their allegiance to the Dark Knight