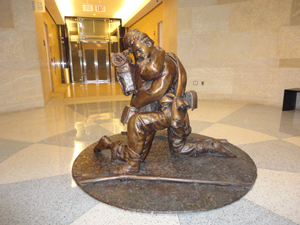 RICHMOND, Va. – Coinciding with many special events surrounding the commemoration of the sesquicentennial (150th anniversary) of Virginia’s participation in the American Civil War, a powerful and poignant commemorative bronze sculpture was installed on July 11, 2011 in Virginia’s historic State Capitol.

Brothers, a life-size sculpture privately commissioned by an anonymous private collector in Fredericksburg, Va., and executed in 2010 by nationally recognized sculptor Gary Casteel is now on public display in the Capitol’s new visitor extension.

The Brothers memorial, a two-figure, life-size tableau in bronze, recalls a harsh reality of the American Civil War. The figures, brother against brother, represent the real possibility of familial recognition by opposing soldiers, one Union, one Confederate, but brothers nonetheless, after the horrific battle that engulfed the countryside near Fredericksburg.

“The very moving statue is meant to mean different things to different people,” said the anonymous collector. “For me, it is a simple and profound tribute to the common, everyday person who answered the call, left home and family and took part in an epic struggle, as warriors have done throughout the ages. The image displays fatigue and grief, but also hope and solace that it is over and that a future lies ahead of hope and promise for a unified country bound together in liberty and individual dreams that is America today.”

Casteel, a West Virginia native with strong Virginia ties, currently resides in Cashtown, Pa., near the Gettysburg Military Park, where his acclaimed equestrian statue of Gen. James Longstreet is installed.

Casteel’s love of history and art is reflected in each of his works, as is most certainly the case with the Brothers sculpture. Casteel’s bronzes have been requested by a wide variety of institutions, including the United States National Park Service, state and local governments, corporations and private enterprises. Other Virginia collections containing Casteel’s work include the Fredericksburg National Battlefield Park, Virginia Military Institute, Museum of the Confederacy, and Pamplin Park. 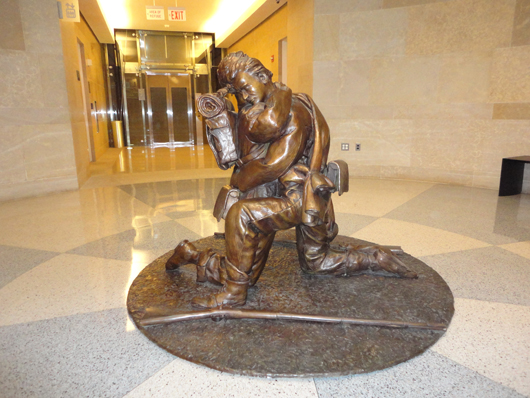 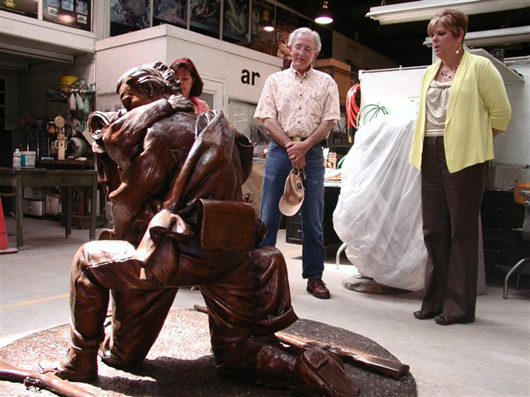 ‘Brothers,’ a bronze by Gary Casteel, is admired by visitors to the artist’s Pennsylvania studio prior to being transported to Virginia. Image courtesy of Gary Casteel. 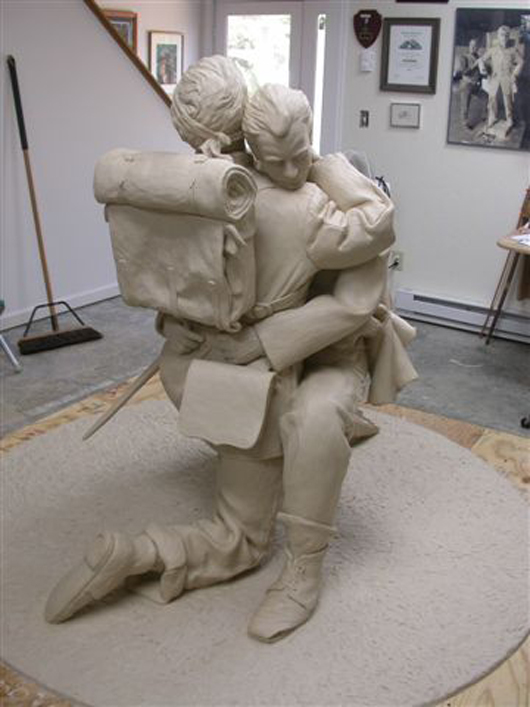 Another view of ‘Brothers,’ as seen in its unfinished state. Image courtesy of Gary Casteel. 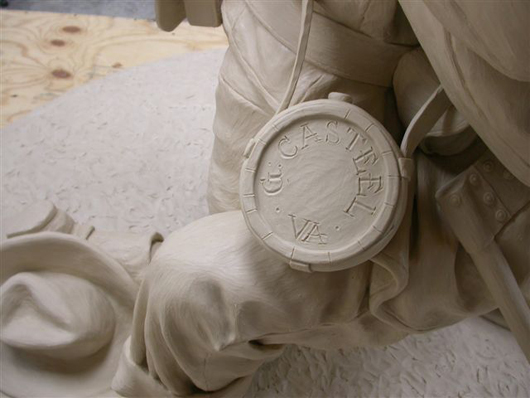 Pachter returning to Smithsonian as acting director
Scroll to top