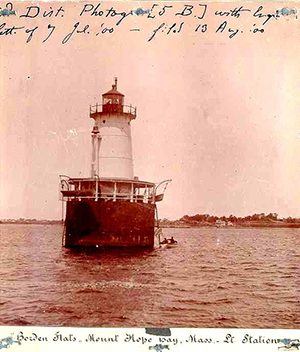 Her walkway is a stone jetty that extends a half-mile into Lake Erie. Her front steps are the rungs of a ladder, and the light atop her three-story home can be seen for miles. It comes with the benefit of helping boaters navigate at night.

“So yeah, I bought a lighthouse,” Consaul said recently while trekking along the jetty to her summer home in northeast Ohio. “I heard about these lighthouses coming up for auction, and I thought, ‘Well, that would be interesting.’”

Since 2000, the federal government has sold more than 100 lighthouses to private buyers, many of whom are turning them into livable spaces.

Consaul and others bought their lighthouses through the National Historic Lighthouse Preservation Act, under which the government sells unneeded properties.

“Advancements in navigation technology have reduced the Coast Guard’s requirement to own and operate light stations,” Cat Langel, a spokeswoman for the General Services Administration, wrote in an email.

Although the lighthouses continue to operate, they are run by computers, she said, meaning the “structures themselves are often no longer critical to the (Coast Guard’s) mission needs.”

The government offers lighthouses first to local government agencies or certified nonprofits. If they’re not interested, the lighthouses are sold through public auction.

Consaul paid $72,010 for the Fairport Harbor lighthouse in 2011. She spent the following summers renovating and repairing. On the ground floor where boats once were stored is a new kitchen. The second floor, formerly the lighthouse keepers’ living space, now holds three bedrooms.

“It was not occupied since 1948 when the last keeper moved out, but basically, it’s in very good shape,” said Consaul, 56, of Reston, Va. “I have just about everything painted inside, the hardwood floors have all been redone, the furniture is moved in and in place. … It’s pretty much livable now, except that there’s no running water yet. It’s really nice camping, is what it is.”

Nick Korstad turned the Borden Flats Lighthouse in Fall River, Mass., into a unique bed-and-breakfast. Built in 1881 at the mouth of the Taunton River, outside Mt. Hope Bay, the cylindrical lighthouse is half a mile from shore.

“This was my dream since I was kid: To be a lighthouse keeper,” said Korstad, 33, of Fall River. “It’s just something I always wanted to do. I have no idea why, but it started when I was like 7. The only thing I can say is possibly in a past life, if that exists, I was a lighthouse keeper.”

Wisconsin painter John Burhani bought the Kenosha Lighthouse and turned it into his art studio.

“It’s a good place to work,” said Burhani, who grew up in Kenosha and as a kid fished from the pier where his lighthouse stands. “It gets hot in the summer and cold in the winter, but it’s good for my art.”

For many people, lighthouses hold a certain mystique, a romantic aura. Owners find lighthouses to be a lot of work.

“It’s constant,” Korstad said. “There’s always something to fix or cleanup. You don’t get to relax.”

“It’s pretty hefty. The minimum liability policy in my case was $2 million,” Consaul said. “And you can’t just call your average State Farm agent. I did, but obviously, our conversation didn’t go very far.”

Plus, there’s maintenance. Though the Coast Guard retains the right to enter the property to maintain the beacon, lighthouse owners are responsible for everything else.

“It’s a lot of work,” Consaul said. “There are many challenges. The biggest has been dealing with the water situation. I have a composting toilet, which works for sewage. But for things like showers, that water needs to be treated. I’m still working on a solution for that.”

In Korstad’s case, the history is difficult to ignore: The Borden Flats Lighthouse, he said, is haunted by ghosts, including the former keeper, his 10-year-old son who died after a tumble down the lighthouse stairs, and a little girl who drowned in the bay.

“My brother was outside working, and a woman came up and started talking into his ear,” he said. “It gave us goosebumps.”

The haunting has not kept visitors away. From June to August, he had 100 percent overnight occupancy rates.

“There is definitely this cool factor to it,” Consaul said of owning a lighthouse. “I get out here, and you can see 360 degrees, and the view is phenomenal. The sunrises and sunsets, just watching the boat traffic, especially the sailboats … it’s hard to beat.” 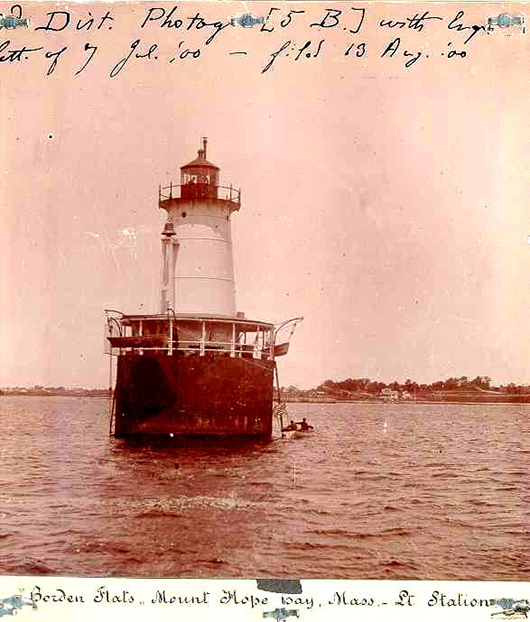