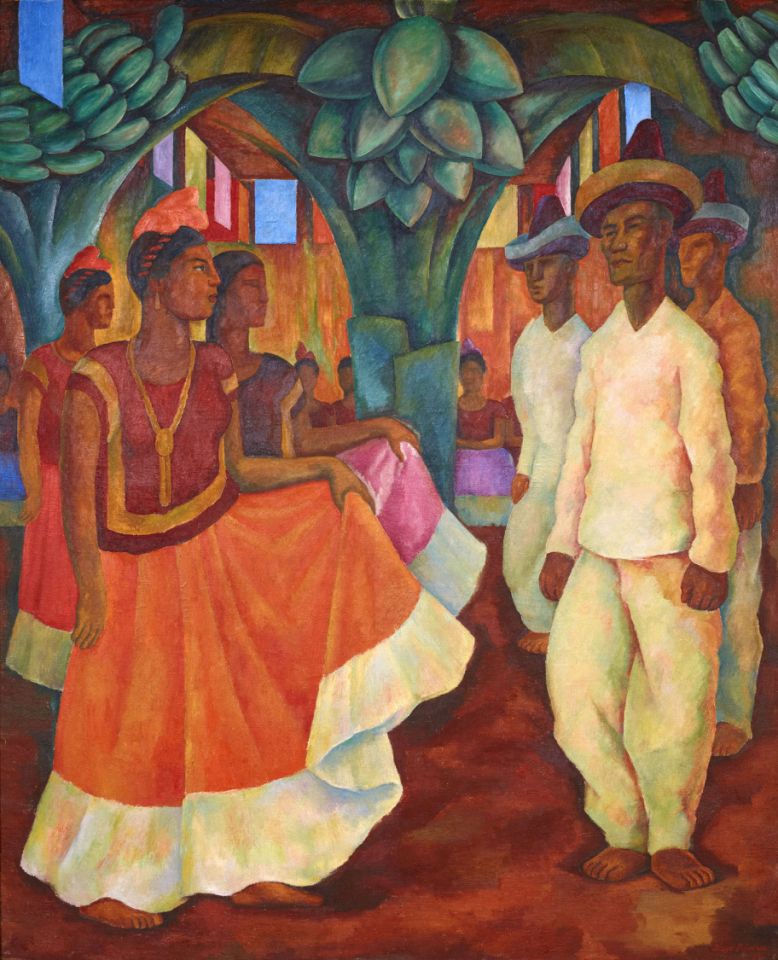 The price for Dance in Tehuantepec nearly doubles the figure paid at auction last month for a painting by Frida Kahlo, Rivera’s wife. Her Two Nudes in the Forest (The Land Itself) set a new auction record for Latin American art.

The private sale was facilitated by Phillips.

The buyer, Argentinian collector Eduardo Costantini, told The Associated Press that he has waited 20 years to acquire Dance in Tehuantepec, which he unsuccessfully tried to purchase in 1995 when it came up at auction at Sotheby’s.

It has been out of public view since then.

“I always wondered who had bought the painting and where it was,” Costantini, founder and president of the Museum of Latin American Art of Buenos Aires (MALBA), said in a phone interview from Buenos Aires.

Dance in Tehuantepec, created in 1928, depicts a group of dancers performing the folk dance “zandunga” under a banana tree. It is one of the largest canvases the acclaimed Mexican muralist painted during his lifetime. It measures 79 inches by 64 1/2 inches.

Costantini said he plans to exhibit the painting at his museum next March. Prior to that it will be shown at the Philadelphia Museum of Art in the fall and at the ARCO Madrid in February.

The painting is the most important Rivera work in private hands outside of Mexico, said August Uribe, deputy chairman of the Americas at Phillips.

Uribe said the painting shows Rivera’s efforts “to establish a national identity by breaking from European modernism and embracing Mexicanism.”

Satsuma stands tall among ceramics at I.M. Chait sale May 22

Dolls, toys and trains from estates and collections ready for play at Stephenson’s...
Scroll to top