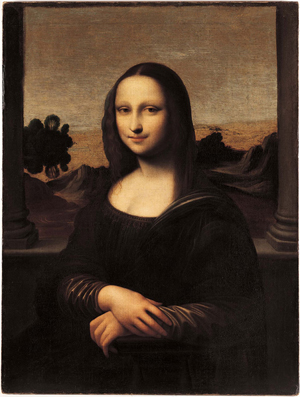 GENEVA (AP) – A Zurich-based foundation attempted to prove to the world Thursday that Leonardo Da Vinci painted an earlier version of the Mona Lisa – a claim doubted by at least one expert on the multifaceted Renaissance artist.

The Mona Lisa Foundation, which has been working with the anonymous owners of the “Isleworth Mona Lisa,” says that after 35 years of research, experts believe it predates the famed 16th-century masterpiece by some 11 or 12 years based on regression tests, mathematical comparisons and historical and archival records.

“So far, not one scientific test has been able to disprove that the painting is by Leonardo,” said art historian Stanley Feldman, a foundation member and principal author of a foundation book titled Mona Lisa: Leonardo’s Earlier Version released Thursday. “We have used methods that were not available to Leonardo 500 years ago.”

“When we do a very elementary mathematical test, we have discovered that all of the elements of the two bodies – the two people, the two sitters – are in exactly the same place,” Feldman told The Associated Press by phone. “It strikes us that in order for that to be so accurate, so meticulously exact, only the person who did one did the other … It’s an extraordinary revelation in itself, and we think it’s valid.”

The Isleworth painting – likewise a portrait of a young woman with an enigmatic smile – is slightly larger, was painted on canvas and has brighter colors than the famed Louvre Museum masterpiece painted on wood. The posture, folded hand positions, faces, expressions and clothing are similar, while the landscape in the background is different.

The foundation says the painting turned up in the home of an English nobleman in the late 1800s – thus the connection to Isleworth – and was shipped to the United States for safekeeping during World War I. After the war, it was analyzed in Italy, and eventually taken to Switzerland where it remained in a bank vault for the last 40 years, the group said.

The Isleworth Mona Lisa has been known publicly for generations – if forgotten by the broader public – and the book excerpts numerous news headlines about the painting and the possibility of its Da Vinci connection in the early 20th century.

Martin Kemp, an Oxford University professor and Leonardo expert, wrote in an e-mail that “the reliable primary evidence provides no basis for thinking that there was ‘an earlier’ portrait of Lisa del Giocondo” – referring to the subject of the painting that’s known as the Mona Lisa in English and La Joconde in French.

Kemp questioned the “debatable interpretations” of source material about the Isleworth painting, and said that scientific analysis cannot categorically deny that Da Vinci didn’t paint it. However, he added: “The infrared reflectography and X-ray points very strongly to its not being by Leonardo.”

“The Isleworth Mona Lisa miss-translates subtle details of the original, including the sitter’s veil, her hair, the translucent layer of her dress, the structure of the hands … ” Kemp wrote. “The landscape is devoid of atmospheric subtlety. The head, like all other copies, does not capture the profound elusiveness of the original.” 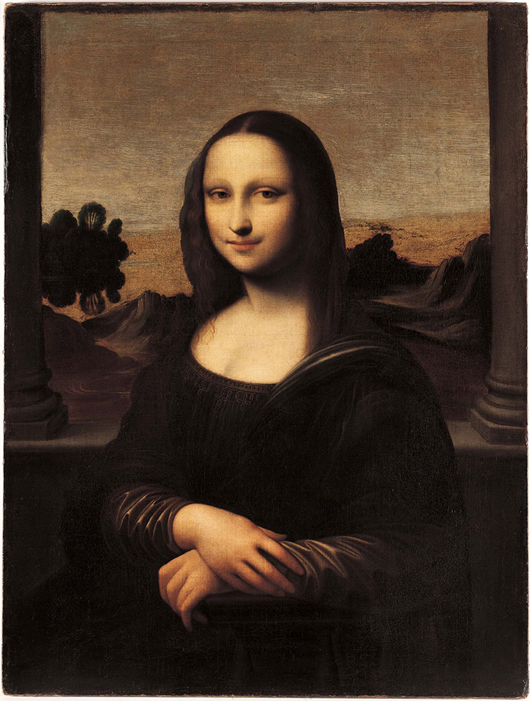