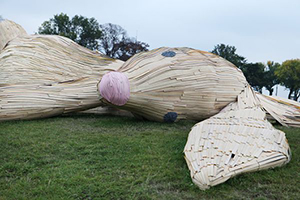 TAIPEI (AFP) – The Dutch artist whose huge inflatable yellow duck caused a sensation in Asia has now drawn more than one million visitors with a giant white rabbit on show in Taiwan, organizers said Monday.

The beaming bunny drew 350,000 admirers on Monday alone as Taiwanese celebrated the Mid-Autumn Festival, bringing to 1,004,000 the total number of visits over five days to the exhibition in the northern city of Taoyuan, the local government said.

“The number has beaten our expectations, we expected up to 200,000 visits a day,” an official at the government told AFP.

“Hofman had already impressed lots of locals last year, and perhaps people wanted to have a look at his new creation designed exclusively for Taoyuan,” she said on condition of anonymity.

The creation, the official said, was inspired by ancient Chinese folklore about a goddess who lived on the moon and her companion — a rabbit which constantly pounded the elixir of life for her.

“Hofman said he felt the rabbit might need to take a break after working on the moon for thousands of years,” the official said, speaking of why he posed the rabbit reclining against a bunker at a former naval air base.

The official said the artwork would remain in Taiwan after the festival, which also features installation and performance artists from China and Taiwan, closes on Sunday.

Hofman’s yellow ducks drew millions of visitors when they were on display in three Taiwanese cities last year.

Since 2007 the original duck designed by Hofman — which was 16.5 meters tall — has travelled to 19 cities in 11 countries, including Brazil, Australia, the United States and Hong Kong, on its journey around the world. 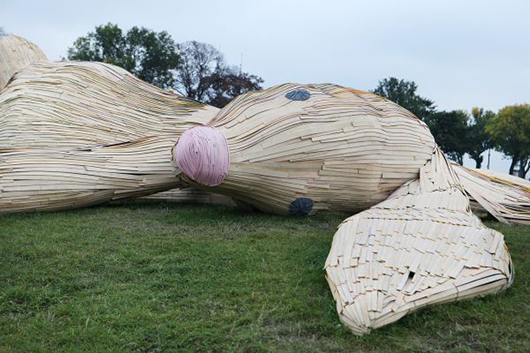 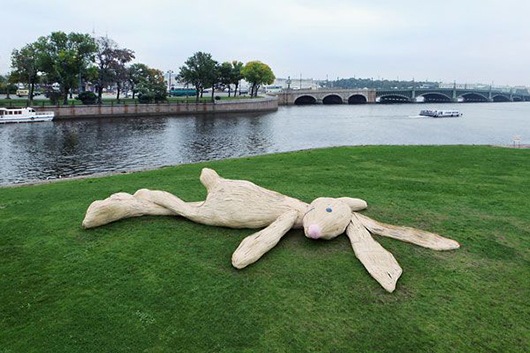 Rubber duck sculpture to be displayed at Va. museum