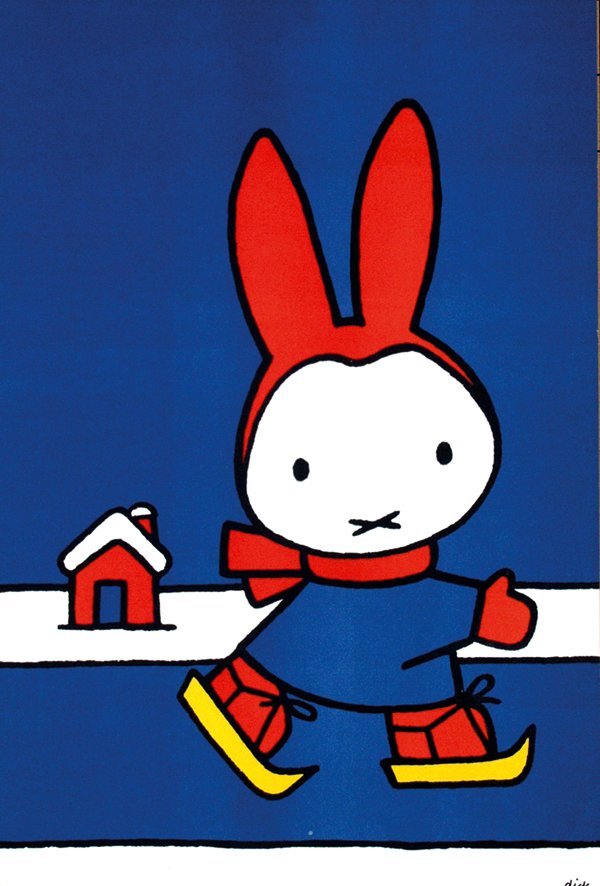 AMSTERDAM (AP) – Miffy is hanging with Matisse at the Rijksmuseum.

A new exhibition highlighting the significance of Dick Bruna, the Dutch artist who created the cute white bunny, puts his work alongside that of the artists who inspired him, including Henri Matisse, Fernand Leger and members of Dutch art movement De Stijl.

The exhibition, which opened Thursday and occupies one room of the landmark Amsterdam museum, has a title as simple and minimalist as Miffy herself: “Dick Bruna. Artist.”

Bruna, 88, stopped working in 2011, but Miffy remains immensely popular around the world. The Rijksmuseum says it wants to present his work in an art historical context.

If you think drawing the rabbit known in the Netherlands as Nijntje is easy, you need to think again, said curator Caro Verbeek.

To prove her point, Verbeek had other curators at the museum draw Miffy’s head, with its dots for eyes and X-shape representing both nose and mouth.

“They did not succeed,” she said. “It is incredibly difficult. But the fact that it seems so simple proves that he is a true genius and true master who completely controls all lines and colors.”

The exhibition is about more than just Miffy – the star of a series of books that has been translated into more than 50 languages and sold millions of copies worldwide. It also showcases Bruna’s other work including advertising posters and the book jackets that gave him his start in the art world.

Running through them all is the same simplicity and purity of form that Bruna first saw when visiting Parisian museums while on an internship after World War II and seeing work by the likes of Matisse.
“They all have those same elements, same use of color, same use of space as the French avant-garde,” Verbeek said.

The exhibition, which is the Rijksmuseum’s way of marking this year’s 60th anniversary of Miffy’s creation, opened Thursday and runs through Nov. 15.