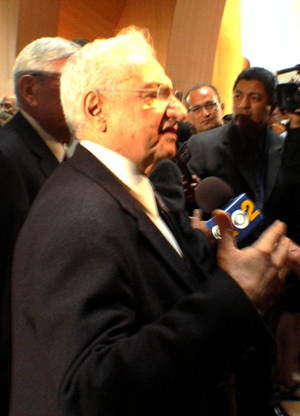 WASHINGTON (AP) – Famed architect Frank Gehry said he is open to changes to a planned Dwight D. Eisenhower Memorial in Washington to address objections from the 34th president’s family that the design doesn’t put enough emphasis on his achievements as president and World War II military leader.

Eisenhower family members shared their concerns at a House subcommittee hearing Tuesday, where a letter from Gehry was also introduced as testimony.

Gehry’s design calls for a memorial park framed by large metal tapestries depicting Eisenhower’s boyhood home in Kansas. Two large carved stones would depict Ike as president and as military hero, and a statue of a young Eisenhower would appear to marvel at what his life would become. The memorial would be built just off the National Mall, near the National Air and Space Museum.

The family objects to the tapestries and to depicting Eisenhower in his youth, saying it focuses too much on his humble roots, rather than his accomplishments as Republican president from 1953 to 1961 and as supreme Allied commander in Europe during World War II.

Gehry, whose other famous works include the Guggenheim Museum in Spain and the Walt Disney Concert Hall in Los Angeles, said his design does celebrate Eisenhower’s accomplishments with heroic images and with his words carved in stone.

“My detractors say that I have missed the point, and that I am trying to diminish the stature of this great man,” Gehry wrote. “I assure you that my only intent is to celebrate and honor this world hero and visionary leader.”

If the memorial organizers and the family “conclude that the sculpture of young Eisenhower is an inappropriate way to honor him, then I will be open to exploring other options with them,” Gehry wrote.

Gehry noted that he has met with Eisenhower’s granddaughters, Susan and Anne Eisenhower, and is exploring other design ideas to respond to their concerns. Options include adding a list of accomplishments, more quotations from Eisenhower or additional images in stone to show his achievements, he said.

Members of the Eisenhower Memorial Commission, which selected Gehry for the project, also responded Tuesday to criticism of the architect’s design.

Rep. Leonard Boswell of Iowa, a member of the federal commission, testified that he had his own reservations about depicting a young Eisenhower at first but came to realize it would be a draw for the millions of children who visit the nearby Air and Space Museum.

“The youngsters will come out of that museum and just naturally walk across the street and see what happened in a person’s life,” Boswell said. “Who would have ever thought, Abilene Kan., somebody would end up as supreme Allied commander and president of this great country? So I started really falling in love with this concept.”

Boswell said the commission is ready to move on and build the memorial “in the best possible way.”

Alfred Geduldig, who was appointed to the memorial commission by President Bill Clinton in 1999, said after the hearing that he doesn’t know if anything can be done to regain the family’s support. Eisenhower’s grandson, David Eisenhower, played a central role in the planning until December, he said, and the remaining commissioners still support the design.

“This probably tells a story of a man’s greatness better than any other memorial,” Geduldig said. “This is Eisenhower, a man who was born in the horse-and-buggy era and led America into the Space Age all in his lifetime. This is the dreams of a young man who then had the greatest resume of any president in history.”

Still, Susan Eisenhower said her family’s objections remain largely unanswered. She told the House panel that her family has been “inundated” with comments from the public and that the memorial should be redesigned.

“Great monuments in our country make simple statements that encapsulate the reason the memorial has been erected in the first place,” she told the House panel.

The Washington Monument remembers George Washington as the “father of our country,” and the Lincoln Memorial declares that Abraham Lincoln “saved the Union,” she said. Meanwhile, she said, metal tapestries in the modern era were generally found in the Communist world.

“One of the main flaws of the current proposal is that Eisenhower’s contribution to the nation is not the central theme of the design,” Susan Eisenhower said. “The Eisenhower our nation wants to celebrate is not a dreamy boy but a real man who faced unthinkable choices, took personal responsibility and did his duty with modesty and humility.”

She said survivors of the Holocaust have complained to the family that metal tapestries would look like chain-link fences, reminiscent of concentration camps. Others, she said, have said metal scrims would be an iron curtain, evoking Cold War imagery.

The family prefers a smaller, simple memorial, she said.

Rodney Cook, president of the Atlanta-based National Monuments Foundation, bemoaned Gehry’s “narrative literalism” in representing Eisenhower’s humble Kansas roots and trying to “redefine what it means to build a memorial.”

“If you go with this new direction, we might as well tear down the Lincoln Memorial and put a log cabin there,” he said.

Many memorial designs have drawn criticism, including the World War II Memorial, the Vietnam Veterans Memorial and the last presidential memorial that honors Franklin D. Roosevelt. Divisions over the design of that monument, including strong objections by the Roosevelt family, stalled the project for decades and led to three separate design competitions.

The congressional hearing could pressure memorial planners to make changes, but the House panel has no direct role in approving the design. Final approval of Gehry’s concept from the National Capital Planning Commission, which approves architecture in the nation’s capital, has been delayed amid the ongoing objections.

Several lawmakers Tuesday said they were reluctant to wade into the dispute.

“I can’t help but feel we’re micromanaging something well outside our purview,” said Rep. Raul Grijalva of Arizona. “I don’t think this subcommittee, the full committee or Congress is the appropriate place to litigate a memorial design or a potential family dispute.”

Utah Rep. Rob Bishop, who called the hearing, said he hopes memorial organizers can achieve broad consensus because there’s only “one chance to make this right.” But Rep. John Garamendi of California said art is always controversial and some memorials remain so after they are built.

Organizers hope to break ground late this year on the $112 million construction, which has received federal funding to begin. 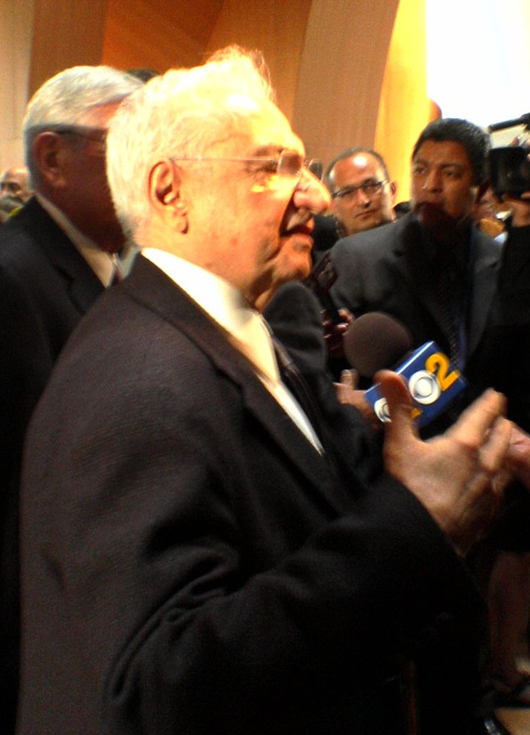