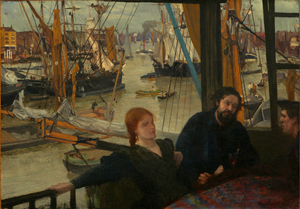 WASHINGTON – A major exhibition of paintings and etchings by James McNeill Whistler opens in Washington this weekend—but don’t expect to see his mother there.

“An American in London: Whistler and the Thames” spotlights the 19th-century American artist’s many years in the British capital and his fascination with the storied river than runs through it.

Starting with his vivid depictions of life along the Thames, the show—at the Smithsonian’s Freer and Sackler Galleries on the National Mall—progresses to the moody, virtually abstract twilight images, or Nocturnes, that Whistler began creating around 1871.

That’s the same year he painted his “Arrangement in Grey and Black No. 1,” better known as “Whistler’s Mother,” in which she appears seated and unsmiling, wearing a white bonnet, a study in Victorian prudery.

“I doubt very much we could have made an argument for having it here at the show,” said University of Glasgow art history professor Margaret MacDonald, who co-curated the exhibition with colleague Patricia de Montfort.

“It would have thrown it,” she told AFP, “and we wanted a coherent story.”

Washington is the third stop for the exhibition that explores Whistler’s vision of the Thames, its many bridges and the folks who lived and worked along its muddy banks, at a time when London —the throbbing hub of the British Empire—was undergoing dramatic change.

The show has previously appeared at the Dulwich Picture Gallery in London and Addison Gallery of American Art in Massachusetts.

But it has been enhanced by pieces from the Freer’s own substantial collection of the artist’s work —a collection that grew out of Whistler’s close friendship with his most important patron, Detroit industrialist Charles Lang Freer, who founded the museum.

Born in a New England mill town, Whistler lived at a time of unprecedented growth and prosperity in the United States. Yet he spent little of his life in his native land.

For part of his childhood he lived in Russia, where he picked up French and discovered art while his engineer father worked on the railways.

Returning to the United States, Whistler attended the US military academy in West Point, New York, where he failed to impress as a cadet, then toiled as a draftsman, mapping the American coast line, honing skills that he would later apply to his art.

He left for France at the age of 21 to study art, then made London his adopted home.

There he gathered around him a lively social circle, and sparred with critics like the influential John Ruskin, who famously likened the American’s prolific output to “flinging a pot of paint in the public’s face.” (Whistler sued over that, and won, but the court awarded the artist nothing more than a farthing —a quarter of a penny—in damages.)

Yet he resolutely stayed American—indeed, kept his American accent—until his death in 1903 at the age of 69, several years after France acquired the iconic portrait of his mother, which now hangs at the Musee d’Orsay in Paris.

“He never gave up his nationality,” MacDonald said. “He was always a bit outside the core of London society… He said he was American. He was proud of it.”

“An American in London” runs from Saturday through August 17.

Visit the Smithsonian’s Freer and Sackler Galleries online at www.asia.si.edu. 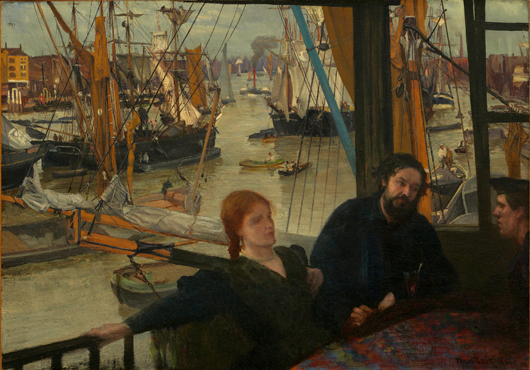 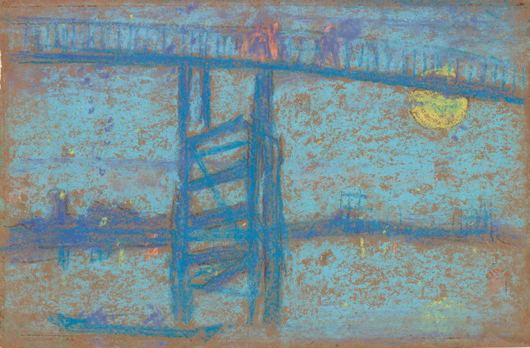 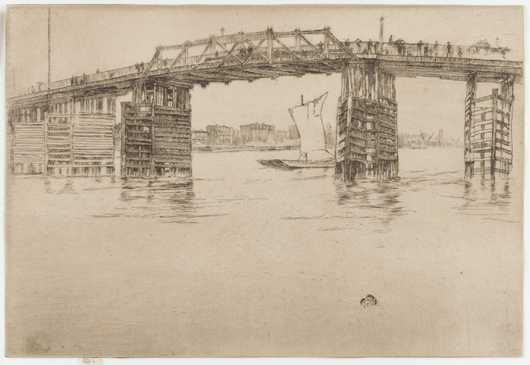 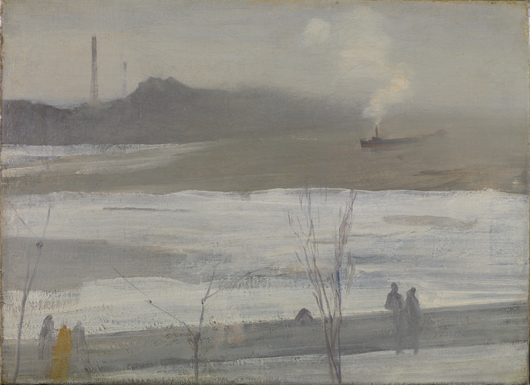