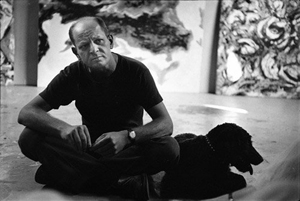 LOS ANGELES (AP) – Mural, the seminal, larger-than-life work that represented a sea change in abstract expressionist Jackson Pollock’s career, will be traveling from Iowa to Los Angeles this summer for a little nip and tuck.

The painting, which is nearly 70 years old, is being shipped to the Getty Center, where scientists at the Getty’s Conservation Institute and curators at its J. Paul Getty Museum hope to restore it to pristine condition.

When the work is complete, the oil-on-canvas painting will be exhibited at the Getty Center museum for three months before it is returned to its owner, the University of Iowa.

The work is more than 8 feet high and nearly 20 feet long. It represents a key moment in Pollock’s career, as he began to move from creating more symbolic, regional forms to the abstract expressionism that would reach full bloom in his famous “drip” paintings, in which he poured paint directly onto the canvas.

“It may be the most important painting from the second half of the 20th century,” said Tom Learner, head of modern and contemporary art research at the Getty Conservation Institute.

Pollock created it as a commission from wealthy art collector Peggy Guggenheim, who gave it to the University of Iowa in 1951.

The work, filled with colorful, twisting animal-like forms, was described by the artist himself as representing a stampede of animals from the American West.

Although it is dated 1943, Pollock is said to have created it in one burst of frenetic activity on New Year’s Day 1944, after complaining for months that he was “blocked” and couldn’t come up with an idea to put on canvas for Guggenheim.

“I’ve had to tear out the partition between the front and middle room to get the damned thing up,” he once wrote of the painting’s size. “I have it stretched now. It looks pretty big, but exciting as all hell.”

Over the years, the huge work has begun to sag. Getty experts will study how that might be repaired and how to prevent it from continuing in the future, said Yvonne Szafran, head of paintings conservation for the J. Paul Getty Museum.

It will also be cleaned and a varnish that appears to have been put on it sometime during the 1960s or ’70s will be removed.

Experts also will look closely at the paints Pollock used. Lerner said there is some thought that Pollock, who worked in auto and house paints later in his career, may have used some house paint on Mural as well.

Szafran estimated the work will take as long as 21 months. It hasn’t been determined whether the painting will be flown or driven to Los Angeles.

There was talk last year of putting Mural, which is valued at $140 million, on the auction block to raise money for art scholarships.

That proposal, by state Rep. Scott Raecker, was quickly shelved, however, after the university and others objected.

One state representative, Todd Taylor, said such a sale would have amounted to “cultural vandalism.” 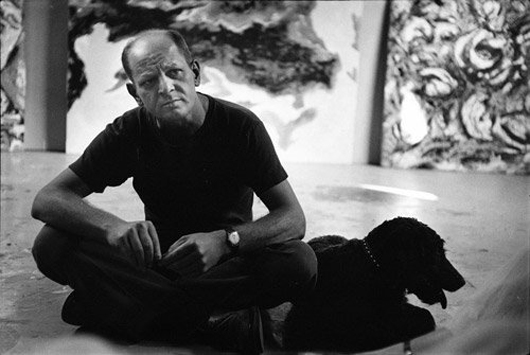