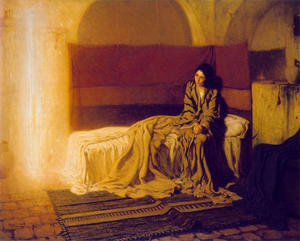 PHILADELPHIA (AP) – A major retrospective of late 19th-century painter Henry O. Tanner, who left the racial prejudice of the U.S. for the salons of France and became the first internationally celebrated African-American artist, is making its debut at the prestigious Philadelphia art school he attended.

“Henry Ossawa Tanner: Modern Spirit,” on view through April 15 at the Pennsylvania Academy of the Fine Arts, features more than 100 paintings and drawings including the famed Resurrection of Lazarus on loan from the Musee d’Orsay in Paris. The painting, which garnered widespread critical acclaim when it was first shown in 1897, has never before crossed the Atlantic.

Anna Marley, the show’s curator, noted that a description written long ago on the back of the “Lazarus” canvas says “Ecole Americaine”—identifying Tanner as part of the American school of painters.

“I know that would have made Henry Tanner very happy and very proud,” she said, “because in the United States when he was reviewed in the 19th century it would say ‘black artist’ and in Paris when he was received into the salon, it was … ‘Henry Tanner, American artist.’ So this is so important for so many reasons.”

Tanner (1859-1937) was born in Pittsburgh to a middle-class, deeply religious family. His father was an African Methodist Episcopalian minister and his mother was born a slave in Virginia and came to Pennsylvania via the Underground Railroad.

The family moved to Philadelphia in 1866, when Tanner was 7 years old. On a walk through the city’s picturesque Fairmount Park at 13, Tanner decided on his creative calling when he saw a painter at work outdoors.

A shy youngster, he spent much of his time painting and drawing at the city’s zoo and waterfront and visiting its museums and galleries.

He studied at the Pennsylvania Academy of Fine Arts from 1879 to 1885 and was a favorite student of Thomas Eakins, whose artistic sensibilities had a profound and lasting influence. The young artist went on to exhibit his work, sell his illustrations and open a photography studio in Atlanta but acceptance was a struggle amid the racial enmity prevalent in post-Civil War America.

Tanner left his home and family in 1891 for Paris, which was the center of the art world and lacked the racial bigotry he had experienced back home. He continued his art education and studied under several prominent French painters who became mentors and helped him gain exposure. The Resurrection of Lazarus cemented his place within the artistic elite and signaled his creative path toward Biblical subjects.

Tanner sent photographs of many of his paintings back to his Philadelphia alma mater for its archives, including Daniel and the Lion’s Den, another important painting of the same era whose whereabouts are unknown. A large black and white panel is on view for visitors to get a sense of what it looked like—and maybe lead to its recovery.

“I hope that maybe this exhibition will help us find it,” Marley said. “It was shown in Philadelphia and then it disappears from the records. … I hope it’s in a church basement in Philadelphia somewhere.”

Though the religious paintings that dominated his later career are the stars of the show, the exhibit also contains examples of Tanner’s earlier secular work.

The show also includes a section explaining a scientific and technical analysis of Tanner’s materials and methods conducted by the Smithsonian Institution, as well as a companion exhibit showing how Tanner was a mentor for African-American artists during his lifetime and remains a role model in the present.

“Henry Tanner was a modern man, a leader in his field, who was adventurous, who traveled the world, who was a phenomenal painter, but we also wanted to convey the fact that he was the leading American religious artist in this period,” Marley said. “And the reason … is because of his modernization of the genre.”

After its Philadelphia premiere, the exhibition heads to the Cincinnati Art Museum and the Museum of Fine Arts in Houston.

Pennsylvania Academy of the Fine Arts: 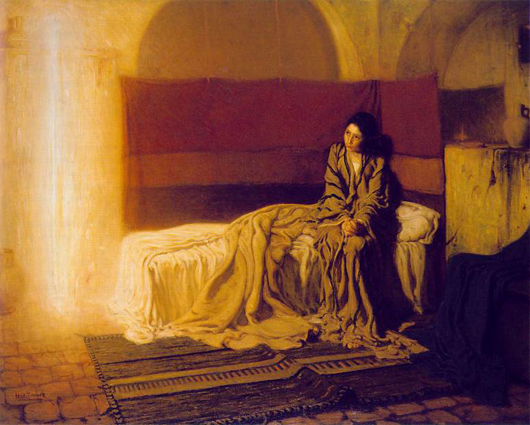 VMFA to host ‘Maharaja: The Splendors of India’s Great Kings...