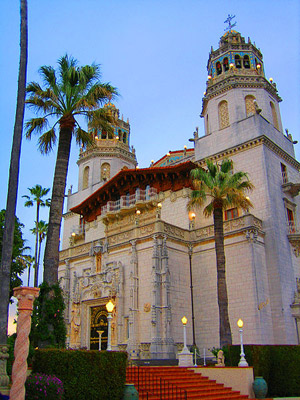 SAN SIMEON, California (AP) – Two paintings from the 1500s that hung in Hearst Castle for decades are being returned to the family of Holocaust victims who were forced to sell them by the Nazis, authorities said.

A two-year investigation by the state determined that three paintings in the castle originally belonged to antique dealers Rosa and Jakob Oppenheimer.

The heirs to their estate allowed California to retain ownership of one painting that will remain at the castle, the state Department of Parks and Recreations said Monday in a statement. The others were to be handed over to family representatives.

William Randolph Hearst, the wealthy publisher who built the castle and stocked it with art from around the world, didn’t know the ownership history when he acquired the paintings in 1935, the parks department said.

The 16th century paintings include a portrait of a man with a book and a necklace of shells around his shoulders that may be the work of Venetian artist Giovanni Cariani, according to the parks department.

The Venus and Cupid painting will remain at Hearst Castle along with photographic reproductions of the other works, officials said.