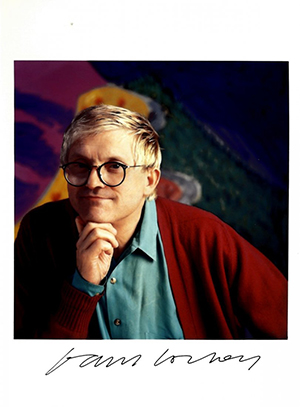 SAN FRANCISCO (AP) – Happily hunched over his iPad, Britain’s most celebrated living artist David Hockney is pioneering in the art world again, turning his index finger into a paintbrush that he uses to swipe across a touch screen to create vibrant landscapes, colorful forests and richly layered scenes.

“It’s a very new medium,” said Hockney. So new, in fact, he wasn’t sure what he was creating until he began printing his digital images a few years ago. “I was pretty amazed by them actually,” he said, laughing. “I’m still amazed.”

A new exhibit of Hockney’s work, including about 150 iPad images, opened Saturday in the de Young Museum in Golden Gate Park, just a short trip for Silicon Valley techies who created both the hardware and software for this 21st-century reinvention of finger-painting.

The show is billed as the museum’s largest ever, filling two floors of the de Young with a survey of works from 1999 to present, mostly landscapes and portraits in an array of mediums: watercolor, charcoal and even video. But on a recent preview day, it was the iPad pieces, especially the 12-foot high majestic views of Yosemite National Park that drew gasps.

Already captured by famed photographer Ansel Adams, and prominent painters such as Thomas Hill and Albert Bierstadt, Hockney’s iPad images of Yosemite’s rocks, rivers and trees are both comfortingly familiar and entirely new.

In one wide open vista, scrubby, bright green pines sparkle in sunlight, backed by Bridalveil Fall tumbling lightly down a cliff side; the distinct granite crest of Half Dome looms in the background. In another, a heavy mist obscures stands of giant sequoias.

“He has such command of space, atmosphere and light,” said Fine Arts Museums director Colin Bailey.

Other iPad images are overlaid, so viewers can see them as they were drawn, an animated beginning-to-end chronological loop. He tackles faces and flowers, and everyday objects: a human foot, scissors, an electric plug.

Some of the iPad drawings are displayed on digital screens, others, like the Yosemite works, were printed on six large panels. Hockey’s technical assistants used large inkjet prints reproduce the images he created on his IPad.

“I’m grateful he’s doing this because it opens people’s mind to the technology in a new way,” said Long Island University Art Historian Maureen Nappi, although she described Hockney’s iPad work as “gimmicky.”

Writing about the historic shift of drawing from prehistoric cave painting to digital tablets in this month’s MIT journal Leonardo, Nappi said that while iPad work is still novel, the physicality of painting and drawing have gone on for millennia.

“These gestures are as old as humans are,” she said in an interview. “Go back to cave paintings, they’re using finger movements to articulate creative expressions.”

Hockney, 76, started drawing on his iPhone with his thumb about five years ago, shooting his works via email to dozens of friends at a time.

“People from the village come up and tease me: ‘We hear you’ve started drawing on your telephone.’ And I tell them, ‘Well, no, actually, it’s just that occasionally I speak on my sketch pad,’” he said.

When the iPad was announced, Hockney said he had one shipped immediately to his home in London, where he splits his time with Los Angeles.

He creates his work with an app built by former Apple software engineer Steve Sprang of Mountain View, Calif., called Brushes, which along with dozens of other programs like Touch Sketch, SketchBook Mobile and Bamboo Paper are being snapped up by artists, illustrators and graphic designers.

“David Hockney is one of the living masters of oil painting, a nearly-600-year-old technology, and thus is well positioned to have thought long and hard about the advantages of painting with a digital device like the iPad,” said Binghamton University Art Historian Kevin Hatch in New York.

Hatch said a “digital turn” in the art world began about 25 years ago, as the Internet gained popularity, and he said today most artists have adapted to using a device in some way as they create art.

A similar shift happened almost 100 years ago with the dawn of photography, he said, when innovations such as the small photograph cards and the stereoscope captured the art world’s imagination.

And Hatch said there are some drawbacks to the shift to tablet art.

“A certain almost magical quality of oil paint, a tactile, tangible substance, is lost when a painting becomes, at heart, a piece of code, a set of invisible 1’s and 0’s,” he said.

Hockney, who created 78 of the almost 400 pieces in the de Young show this year, isn’t giving up painting, or drawing, or video, or tablets, any time soon. When asked where he sees the world of art going, he shrugged his broad shoulders and paused. 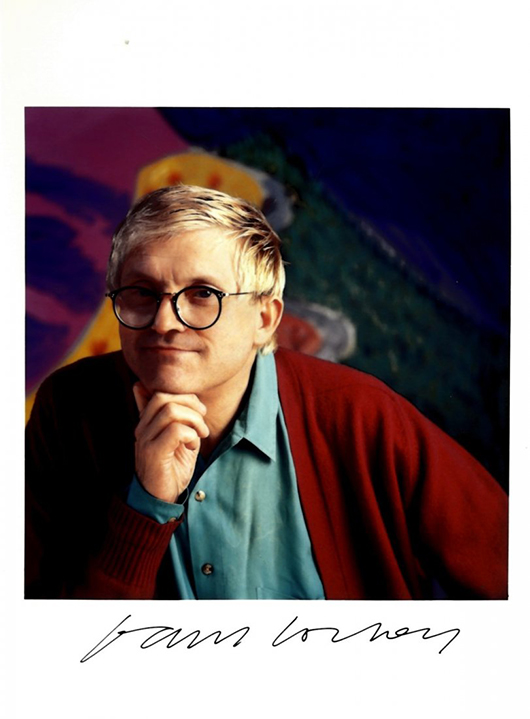