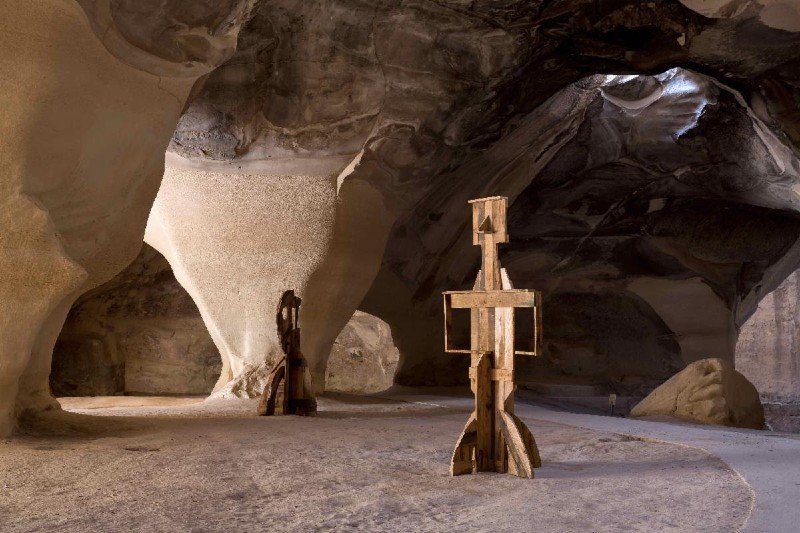 BEIT GUVRIN, Israel – The ancient Southern Cave at Beit Guvrin-Maresha National Park outside of Jerusalem has reopened to the public for the first time in 20 years to serve as the gallery for the highly innovative “Human Forms” exhibition by Ivo Bisignano.

A concentrated output by the Italian contemporary artist, the show will be based around namesake wooden sculptures of human forms as well as visual artworks and hand-drawn animations that span his decades-long career up to the present time.

The “Human Forms” exhibition runs through November 2020 and will be accompanied by exclusive texts from leading art and creative luminaries, including Robert C. Morgan, Binnie A Dansby, Sir Peter Cook and Yotam Ottolenghi.

The installation includes seven sculptures and five video-art projections created by Bisignano and never-before shown by the multidisciplinary artist. This body of work creates a harmonious tension between ancient and digital, the inanimate and the human. Each of the seven abstract human forms sculptures contains their own personality and identity, and has been erected throughout the Southern Cave, forming a juxtaposition with its curvy interiors. Bisignano’s five video artworks include hand-drawings of black and white crows, lyrical texts and pop art references, forming a dichotomy between light and shadow across the limestone cave. Bisignano’s work subconsciously contrasts the moving and still, the permanent and temporary, the living and inanimate, into a stunning world that is a distinct language all on its own.

Human Forms was born from the desire to give Bisignano’s wooden sculptures a temporary home in an archaic context and within a location that creates a symbiotic energy between the elements. Bisignano’s sculptures are designed as monoliths, and as shapes that stand out in the ground belonging to it. These forms are as old as thoughts, and as imposing as wind or rain. The balanced dichotomy created by Bisignano dares the viewer to witness these forms within the context of a space becoming a “museum” for the first time ever.

“I wanted to install Human Forms in the incredible Southern Cave at Beit Guvrin in order to establish a temporary home for the work, but within a historic and archeological context within a historical and archaic context,” said Bisignano. “In this case, the ‘museum’ is the site itself.”

Bisignano’s “Human Forms” sculptures, the initial catalyst for the eponymous exhibition, were inspired by the womb of Mother Earth and the artist’s relationship to the emotional world. References to the dual nature of human beings – the earthly body and the divine soul – pays homage to the Titans and Dionysus. Phobia, obsession around beauty, tears, racial diversity and an obsession with body image are the key pillars from which Bisignano draws his inspiration for “Human Forms.”

An archeological site formed by the hands of man dating as far back as the First Temple Period (112 B.C.), the Southern Cave is the perfect physical metaphorical setting for Bisignano’s innovative project. The shapes and grooves in the cave were created by human hands as a prehistoric form of art, while original video works by Bisignano were screened on the walls, creating a relationship between human form and the emotional world. The Southern Cave served as marble quarries during the Byzantine and early Muslim periods, providing building materials for cities on the Levantine coastal plain. 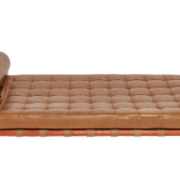 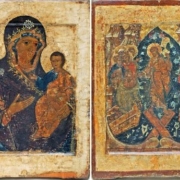 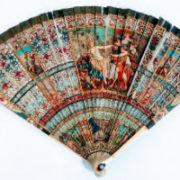 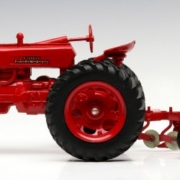 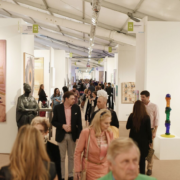 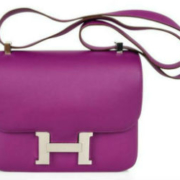 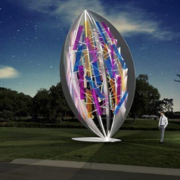 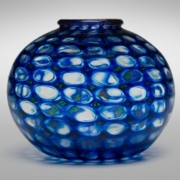