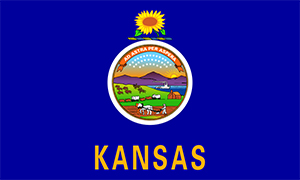 TOPEKA, Kan. (AP) – Nearly two years after most state funding for the arts was eliminated in Kansas, the state is starting to provide small grants to some arts groups.

The Kansas Department of Commerce is expected to announce this week that it is granting a total of $58,400 to eight arts groups across the state, The Wichita Eagle reported Monday.

In 2011, Gov. Sam Brownback vetoed $700,000 of cultural arts funding, triggering the loss of about $1.2 million in national grants that were dependent on the state showing a willingness to invest in the arts. The money was restored last year, but the new Kansas Creative Arts Industries Commission did not issue many grants, choosing to put most of its money into next year’s budget to show the National Endowment for the Arts it has money to match grants, state Department of Commerce spokesman Dan Lara said.

“We’re cautiously optimistic that having this money roll over is going to be a positive in terms of getting a matching grant with the NEA,” he said. If that grant is approved, it should provide a noticeable increase in funding for qualified arts groups, he said.

The state also said an effort to offer $100 license plates to support the arts hasn’t yet brought in 500 orders, which is required for the state to print the plates.