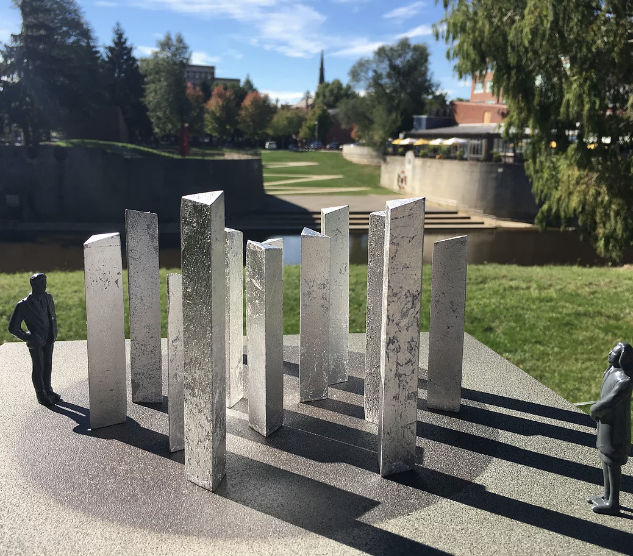 Sculptural model with 13 triangular stainless steel columns, shown near one of the potential sculpture sites. Image courtesy of hardbargains.org

YORK, Pa. (AP) – The Hard Bargains 1777 project will one day be a permanent art fixture in York, installed near the York County History Center.

The display, large enough that a visitor can walk through the group of stainless steel columns, will touch on York’s role in crafting the Articles of Confederation, a precursor of the U.S. Constitution. The project, which will show edits to the document, will move forward when all funds have been raised.

The project began in early 2016 when the late Louis Appell Jr. posed a question to future project manager Genevieve Ray during a chat.

According to Ray, the businessman and philanthropist said to her, “Why aren’t we doing something with the Articles of Confederation? This is where 13 states came together to create a union, a nation, and the Articles were adopted in York, and why aren’t we making the most of it?”

Laughing, the former York City councilwoman said that she had known Appell for a long time and knew what that meant: What are you doing about that.

Appell provided seed money for the project, which will be developed as a gift from the community to him and his wife, Jody. Appell died in June 2016.

Ray started the process of researching the history and obtaining a photographic copy of the Articles of Confederation, complete with all the handwritten edits. According to Ray, many of the edits to the document were penned in York when the town hosted the Continental Congress from 1777-1778.

Ray said It was a time of great turmoil for the Colonies. Congress couldn’t agree on anything. They argued over religion, culture, customs, borders, taxation and states’ rights vs. strong federal power.

The Colonies also needed to pull together to raise money and recognition by foreign powers as a cohesive union in their fight to separate from the British. Ray said that much of the visible edits and agreements of the Articles of Confederation, and therefore the agreement for the foundation of the United States Constitution, were based in York.

She invited York artists for a brainstorming session with Boston-based artist Ross Miller at her sprawling dining room table. Thirty artists showed up. Miller took all their designs and came up with the current concept.

On a 20-foot base, 13 stainless steel columns will engage viewers as they walk between them with excerpts of the Articles of Confederation, photos and other art to put it in context. The height of each column represents the population of each colony at the time the Articles were written.

The proximity of the lighted art installation will provide a gateway to the new history center along the Codorus Creek on North Pershing Avenue.

The finished design may differ from the current conceptual model, which is all part of the fundraising effort budget for more research and detailed design.

Final design, sculpture fabrication and installation is expected in mid-2019.

More information and images of the Articles of Confederation can be found at hardbargains.org. 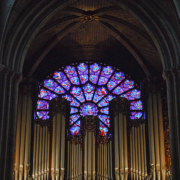 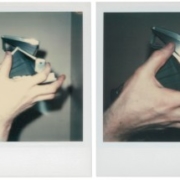 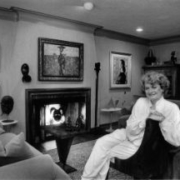 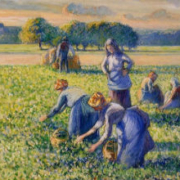 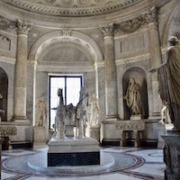 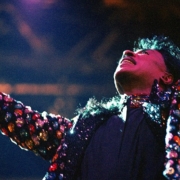