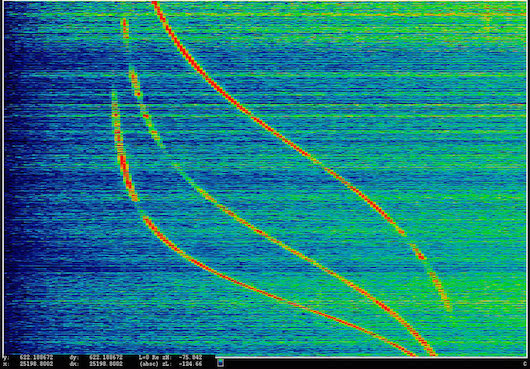 This immersive installation of new work builds on topics important to Poitras, including mass surveillance, the war on terror, the U.S. drone program, Guantánamo Bay Prison, occupation and torture. Some of these issues have been investigated in her films, including Citizenfour, which won the 2015 Academy Award for Best Documentary, and in her reporting, which was awarded a 2014 Pulitzer Prize.

For the exhibition, Poitras is creating an interrelated series of installations in the Whitney’s eighth-floor Hurst Family Galleries. The exhibition expands on her project to document post–9/11 America, engaging visitors in formats outside her non-fiction filmmaking. She will create immersive environments that incorporate documentary footage, architectural interventions, primary documents, and narrative structures to invite visitors to interact with the material in strikingly intimate and direct ways.

The title, ‘Astro Noise,’ refers to the faint background disturbance of thermal radiation left over from the Bing Bang and is the name Edward Snowden gave to an encrypted file containing evidence of mass surveillance by the National Security Agency that he shared with Poitras in 2013. The Snowden archive partially inspired Poitras’ presentation at the Whitney.

The exhibition will be on view at the Whitney from Feb. 5 through May 1.