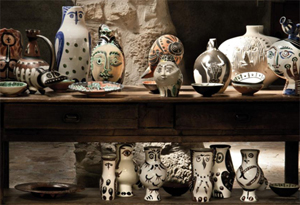 Highlights from The Madoura Collection

LONDON – The ultimate assemblage of Picasso pottery – The Madoura Collection – will be auctioned June 25 and 26 at Christie’s South Kensington gallery in London. This very special event offers collectors the last-ever opportunity to purchase these works by Picasso directly from where they were made, at the Madoura Pottery in Vallauris, France.

The  collection is offered for sale by Alain Ramié, a friend and colleague of Picasso’s for many years, and author of the catalogue raisonné of Picasso ceramic editions. Ramié is the son of the owners of Madoura Pottery, Georges and Suzanne Ramié. The Ramié family first inspired Picasso to enter into the world of pottery in 1946, the beginning of a fascination that would last until the final years of his life.

This unrivaled collection is expected to realize a total in the region of £2 million ($3.1 million), and will be auctioned over two days – at 4 p.m. (11 a.m. Eastern US time) on Monday, June 25 and at 10 a.m. (5 a.m. Eastern US time) on Tuesday, June 26, 2012. The auctions will comprise of around 550 ceramics in perfect condition, many of which have remained untouched since they were created, as well as prints, posters, photography and furniture from the Pottery.

A broad selection of Picasso’s catalogue raisonné is included, dating from his earliest ceramics in 1947 through to his last in 1971. Estimates range from £100 up to £100,000.

India Phillips, Specialist, Impressionist and Modern Art, commented: “Christie’s is privileged to be working with Alain Ramié to stage the single most important sale dedicated to Picasso’s ceramics ever held. Never again will works of such impeccable provenance be offered fresh to the market – direct from the Madoura Pottery where Picasso first fell in love with the medium and spent many of the happiest and most prolific years of his life. This once in a lifetime opportunity for 20th century ceramics collectors and connoisseurs of Picasso’s work, and we are very pleased to be able to offer our clients works from such an esteemed source.”

Alain Ramié commented: “Picasso was a master of all media with which he worked, and ceramics was no exception. I was lucky enough to have watched him at work, and in publishing the catalogue raisonné of the ceramic editions I hoped to educate enthusiasts and collectors across the globe. Ceramics were a great passion of Picasso’s and they have been a source of a lifetime’s passion for me and my parents. Now that the pottery is closed, it is time for me to sell these works and give Picasso lovers around the world the opportunity to share in the great joy that they have brought me.”

The collection is led by grand vase aux femmes voilées, conceived by Picasso in 1950 (estimate: £70,000-100,000). However, a large number of the works on offer are valued between £100 and £5,000 each, including the iconic Vallauris plate (estimate: £5,000-7,000). Several themes recur throughout Picasso’s ceramic oeuvre, which are often seen in his most celebrated paintings, including faces, birds, fish and animals as well as bullfighting scenes – all are represented within the sale.

Pablo Picasso was famously first made aware of the Madoura Pottery in 1946, whilst visiting the annual ceramics festival in Vallauris in the South of France. Enchanted by the works on display from the Madoura Pottery, he asked to be introduced to the creators, Georges and Suzanne Ramié, who invited him to see their workshop in action. Picasso was immediately inspired, and modeled three clay pieces that day. A year later, he returned to see his finished works and was delighted with what he had achieved in this new medium and could not resist getting to work with the clay once more. A section of the workshop was set aside for Picasso, who sat with the workers, diligently creating and experimenting with new techniques.

During the 1940s, Villauris became an important hub for potters and artisans, and the romantic Picasso enjoyed returning to the simple life of the artisan, and being treated as just another worker by the Ramiés. He embraced a working life out of the spotlight, with his pet owl and goat for company – both animals became favored motifs in his oeuvre at this time.

The simplicity of Vallauris was in great contrast to Picasso’s international celebrity status, and he was visited there by some of the great names of the late 20th century, such as Marc Chagall, Jean Cocteau, Brigitte Bardot, Gary Cooper and Richard Attenborough. He demonstrated his technique to many of them, and in turn, they inspired him in his work.

The Madoura Pottery held a very special place in Picasso’s heart and greatly impacted upon his life. Not only did he meet his second wife, Jacqueline Roque, at Madoura (where she was a pottery assistant), but also he spent 24 years there experimenting and perfecting his ceramic techniques. Between 1947 and 1971, Picasso produced 633 different plates, bowls, vases and pitchers, in limited editions ranging from 25 to 500.

Growing up in the presence of Picasso, publishing the recognized source on the ceramic editions, and running the Madoura Pottery for many years have all given Alain Ramié unique first-hand experience of Picasso’s life and work.

Christie’s specialists India Phillips and Michelle McMullan arrived to meet Alain at the Madoura Pottery in Vallauris on a bright August day in 2011. The preparations had been extensive, but nothing could have prepared them for the sight they discovered there – shelf after shelf of untouched Picasso ceramic masterpieces, mapping out his creative journey over 24 years. It took Christie’s almost a week to carefully wrap the many pieces, while taking in the incredible atmosphere of the place. The small workshop remained unchanged since Picasso first visited in the 1940s, which adds to the magic of these untouched editor’s examples.

Picasso mastered each medium he turned his hand to, and the inimitable wit he worked into clay produced some of the most creative and recognizable ceramics of the 20th century.

All images accompanying this article appear by permission of Christie’s. 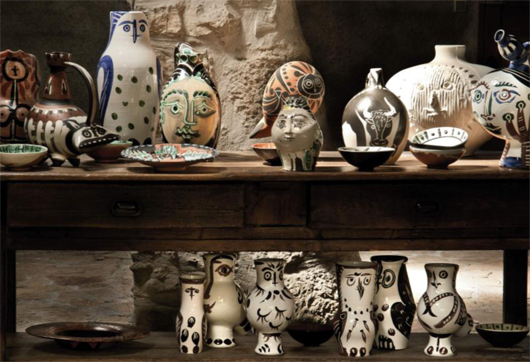 Highlights from The Madoura Collection 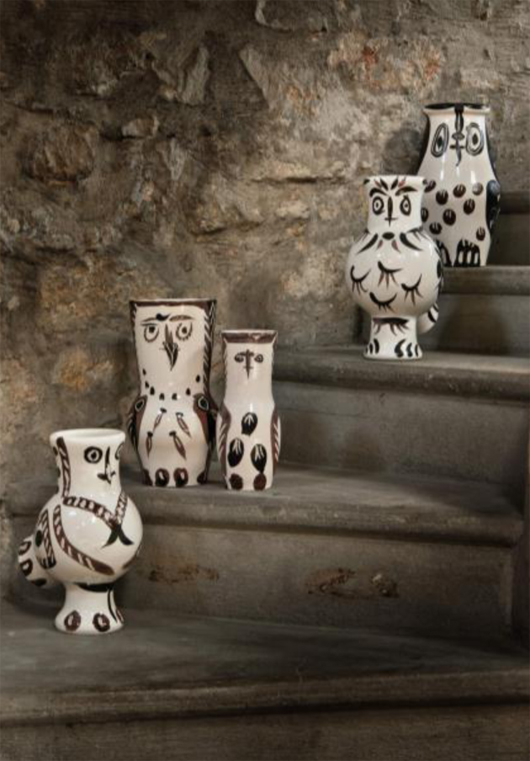 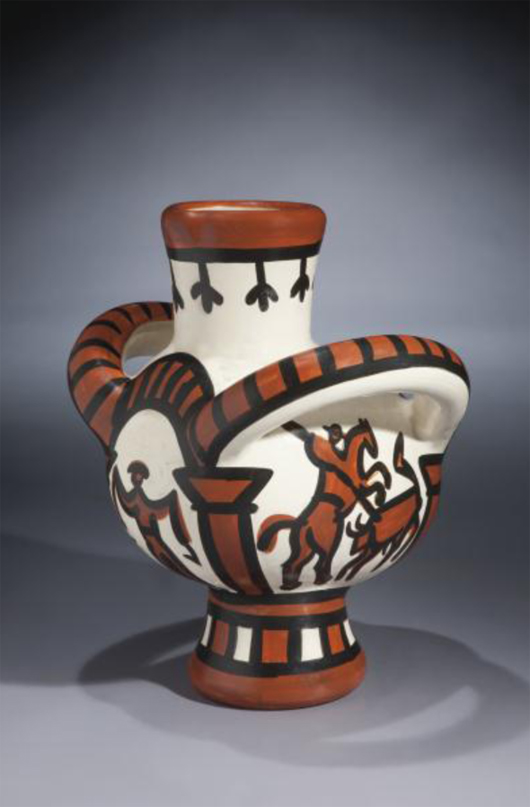 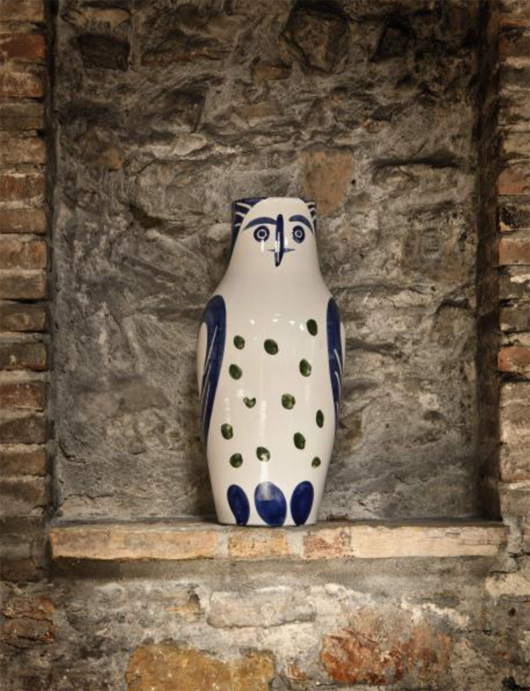 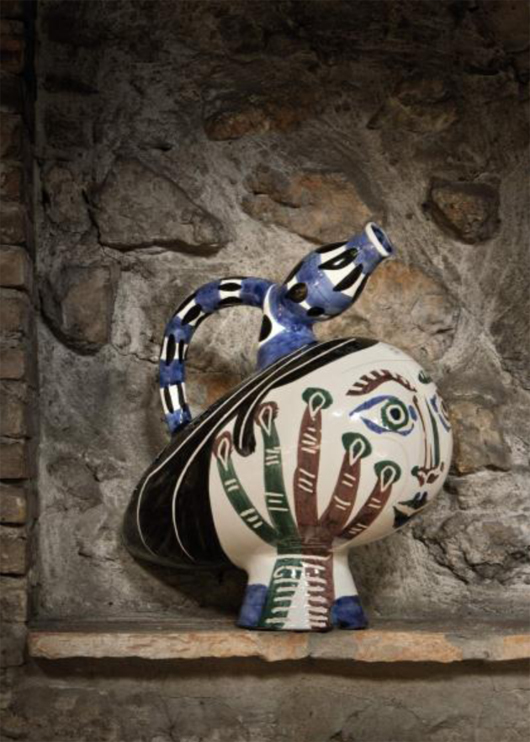 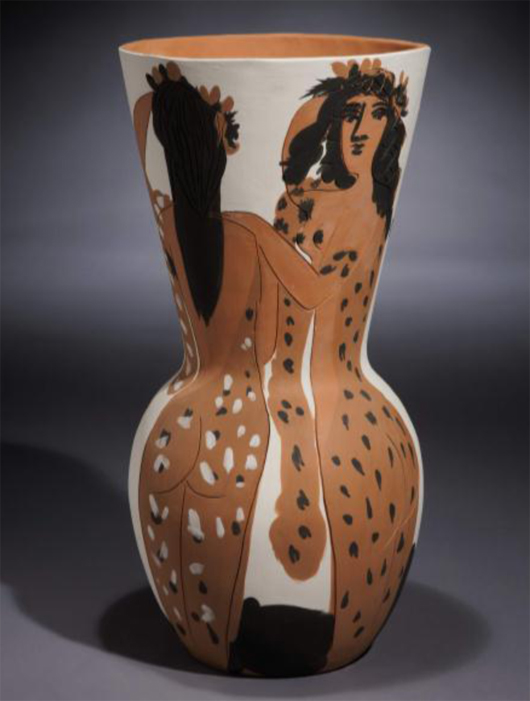 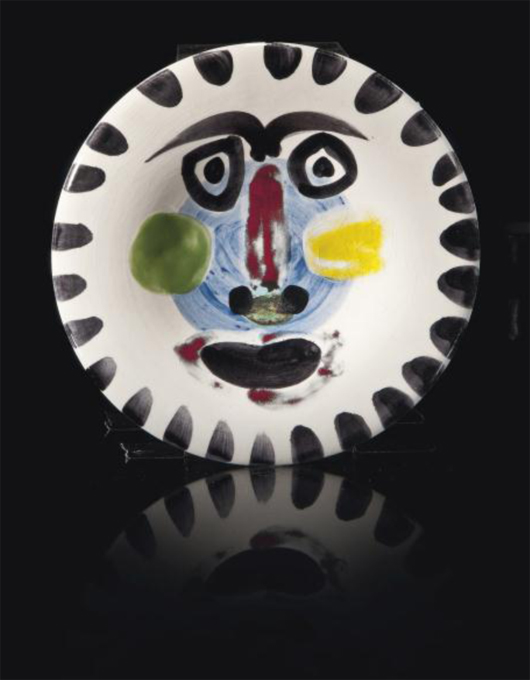 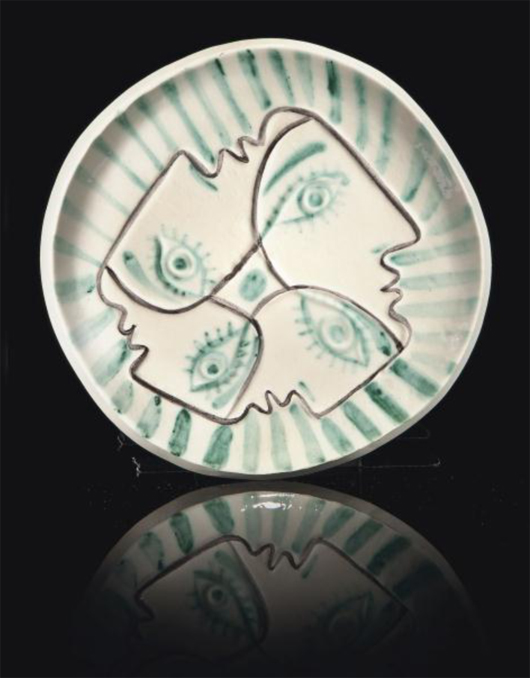 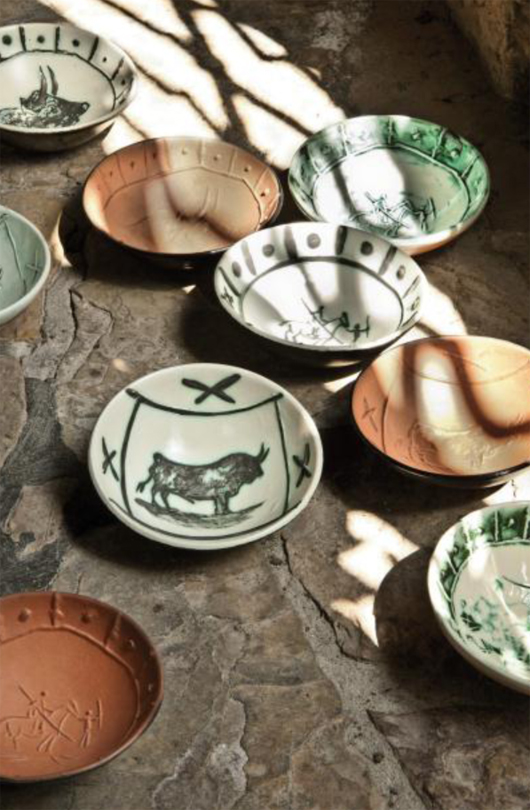 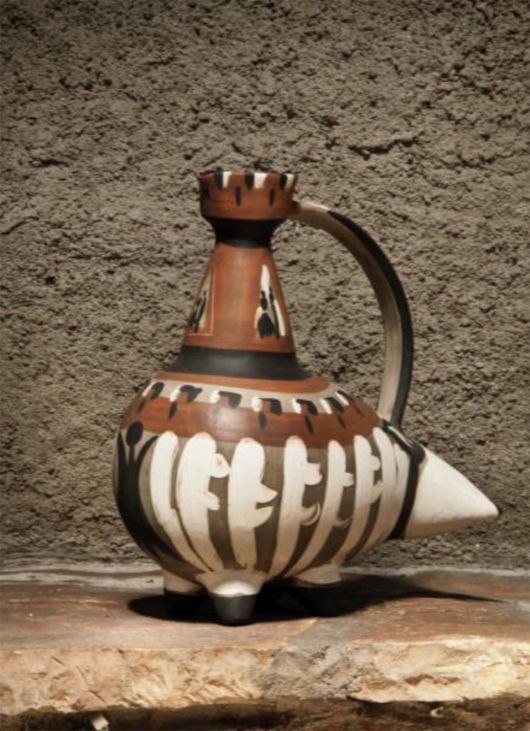