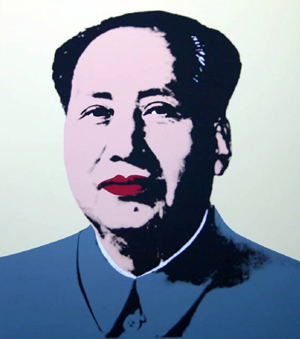 The Pittsburgh-based Andy Warhol Museum, which supplied more than 300 pieces for the show, said months in advance that paintings of Mao Tse-tung would not be shown in keeping with the wishes of the Chinese hosts.

“We worked with curators at both institutions in Shanghai and Beijing and there was a little bit of concern about bringing them right now,” Warhol museum director Eric Shiner told AFP on Sunday.

“We wanted to introduce Andy Warhol’s work to China. If those paintings could be a problem in any way, we didn’t want them,” he said, adding it was a “mutual decision” not to include them.

The show has already traveled to Singapore and Hong Kong, and will head to Beijing and Tokyo after Shanghai.

Among the highlights of the Warhol museum’s collection is a 1972 painting showing a blue-suited Mao.

Shanghai is seeking to become an art capital on a par with New York and Paris, opening government-funded modern and contemporary art museums in October last year.

But critics have questioned how Shanghai can become a true cultural center since the government censors art that it considers politically sensitive or pornographic.

During the 1960s and 1970s, China built a personality cult around Mao, worshipping his portrait, but images and statues of the leader, who died in 1976, have now largely disappeared.

Chinese artists have also depicted Mao in their works, including painter Li Shan, who shows the leader with a leaf in his mouth in a well-known piece.

Warhol himself visited China not long before his death in 1987.

“He was very interested, when he went to Beijing, in how Mao Zedong was represented, over and over again,” said Abigail Franzen-Sheehan, director of

publications for the Warhol museum.

The works on display include his famous depiction of Campbell’s Soup cans as well as his portraits of movie star Marilyn Monroe.

“His work contains significance in terms of looking at your contemporary surroundings with a critical eye. We hope that (people) will think about Warhol’s work, the questions he was provoking,” Franzen-Sheehan said. 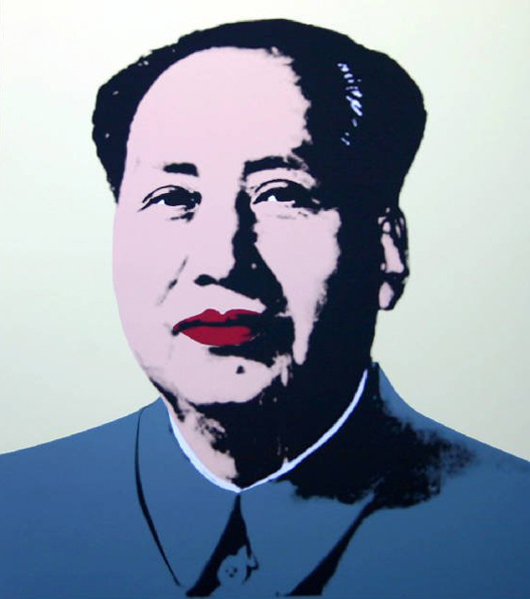