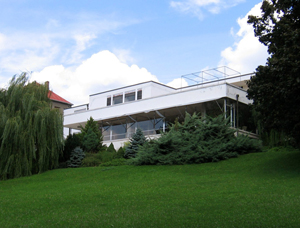 But Villa Tugendhat’s early history was rocked by the turbulence of the 20th century: The Nazis seized it, then came World War II bombardments that smashed its windows. When the Soviet troops liberated Czechoslovakia, living space became a large stable. It has languished in disrepair ever since.

Now, a two-year renovation that cost $9 million is almost complete. In March, the glass-fronted building that houses a thick, honey-colored onyx wall, floor-to-ceiling windows, winter garden and clean white lines throughout will be open to the public. Czech officials are confident it will become one of the most popular tourism venues in the region.

“It’s been a huge challenge,” said Michal Malasek, whose construction company was tasked with the daunting challenge of refurbishing the villa while staying faithful to its design. “I have never worked on anything of such prestige.”

Some 80 percent of the villa’s original features have been preserved, making it “the most authentic Mies van der Rohe building on the European continent,” said Iveta Cerna, an architect from Brno’s municipal museum who has looked after the villa since 2002.

Good fortune played its part: An original bathtub, missing since the 1940s, was found in a nearby house; and a curved wall of Macassar ebony was discovered at a dining hall inside Brno’s Law School where it had been taken to spruce up a bar built for Nazi officers.

Brno experienced a building boom in the late 1920s that reflected the growing confidence of the city in the independent Czechoslovakia, created in 1918. Grete and Fritz Tugendhats, co-owners of wool factories and part of a large German-speaking Jewish community in the city, were able to commission the home of their dreams from Mies van der Rohe.

“I truly longed for a modern spacious house with clear, simple shapes,” Grete Tugendhat said in a 1969 lecture in Brno. Her husband died in 1958 and never saw it again after the Jewish family fled Czechoslovakia in 1938, a year before the Nazis took power.

Grete Tugendhat came back from her home in Switzerland to visit the house several times, first in 1967. She died in 1970. Efforts by the family to claim their former property back after the collapse of communism in 1989 failed.

After the war, the building hosted a private dance school before it was taken over by the communist Czechoslovakia in 1950; it served as a rehabilitation center for children with spine defects till the end of 1960s. The city of Brno has been its owner since 1980.

On a recent sunny day, workers were polishing the staircase of Italian white travertine that leads from the terrace to the garden. In the living space, the curved ebony wall was wrapped in cloth to prevent any damage. In winter months, when the sun is low and its beams are penetrating the onyx wall at the right angle, it changes its color in some parts to shine in orange and dark red hues.

“We know from Grete that Mies himself was surprised by this unique effect,” said Cerna, the Brno architect. “(The house’s) charm is in the changes. It changes with weather, it looks different each season of the year.

“I am always surprised by light condition here.”

The three-story building with a flat roof occupies the top of a steep garden that faces southwest. It is carried by a network of 29 steel, cruciform-shaped columns anchored in concrete.

Some replica parts had to be obtained in the last two years: Huge glass panes, one-centimeter (0.39 inch) thick, were made in Belgium while the white linoleum that originally covered the floor was provided by the same German company that made it more than 80 years ago.

Fritz and Grete Tugendhat lived in the villa with their three children for eight years in the 1930s. Grete said she fell in love with it “from the first moment.”

One of their daughters, Daniela Hammer-Tugendhat, now works as a professor of art history at the University of Applied Arts in Vienna.

“For me, this is actually the most beautiful interior room in modern architecture,” she told AP. “Usually, it’s only in old churches that a room has such a meditative effect.”

Hammer-Tugendhat and her husband are leading members of an international committee of experts overseeing the villa’s reconstruction, co-financed by the city, EU funds and the state.

The villa’s central living open space has its south and east walls made of huge steel-frame windows that allow a magnificent view of Brno’s historical monuments and connect rather than separate the building with the garden.

Mies van der Rohe also designed the furniture, including his famed chairs, and equipped the building with air conditioning and security systems.

In 1938, the Tugendhats had to leave the country to escape the Nazis, first for Switzerland and later for Venezuela.

Mies van der Rohe, whose work did not meet Hitler’s taste for monumental architecture, also fled the Nazis, purportedly using his brother’s passport to get out of Germany. He settled in Chicago to work for the Illinois Institute of Technology and designed a number of significant buildings in his new land, including Lake Shore Apartments in Chicago, the Farnsworth House in Plano, Illinois, the Seagram Building in New York City and Martin Luther King Jr. Memorial Library in Washington D.C. He died in 1969.

The Gestapo seized the building after invading Czechoslovakia and — insensitive to the original design — made changes, including erecting several extra walls inside and outside and increasing the height of the chimney.

All but one of the large windows was smashed by Allied bombings.

During the liberation by the Red Army in 1945, the living space was used as a stable for the officers’ horses — and all but one of the shelves of a huge ebony bookcase was burned.

The Communists, who took power here in 1948, tried their hand at renovating the villa in the 1980s — but did more harm than good. The original bathroom equipment and the sole remaining pane of a wall of glass were destroyed because they didn’t fit their plan.

The deal that split Czechoslovakia into the Czech Republic and Slovakia in 1992 was signed in the villa, adding to its historical significance.

The idea to restore the villa dates back to 2001 when UNESCO declared it a world heritage site. Copies of original plans and photographs from the MoMA in New York City as well documents from family and from Brno archives, including pictures taken by Fritz Tugendhat, were used to help restore the building.

City officials now are trying to buy the original pieces of furniture from the families that own them.

“It would be something extraordinary to get them all,” said Brno mayor Roman Onderka.

A grand opening is scheduled for Feb. 29 and the villa will be reopen to the public March 6. Officials said they have already been flooded by requests from potential visitors.

APTN videojournalist Philipp-Moritz Jenne in Vienna contributed to this report

How to get there: Brno has an international airport, it is also accessible by train, bus or car from Prague that is located 200 kilometers (125 miles) northwest of Brno.

The villa is closed to the public on Mondays. 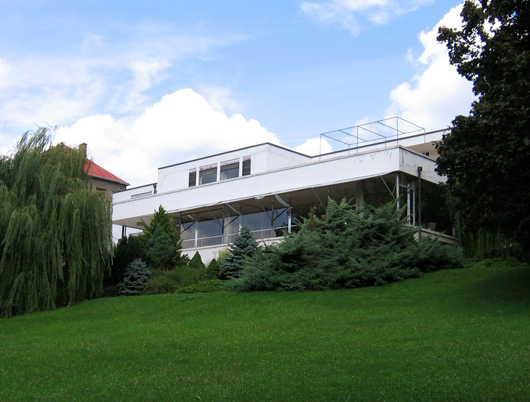 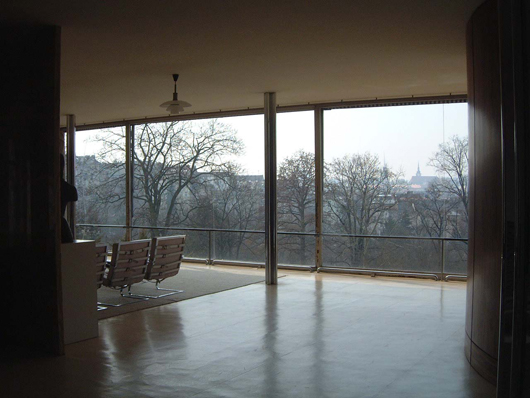 View across the city from the living room of Villa Tugendhat. Photo by Simonma, licensed under the Creative Commons Attribution-Share Alike 3.0 Unported license. 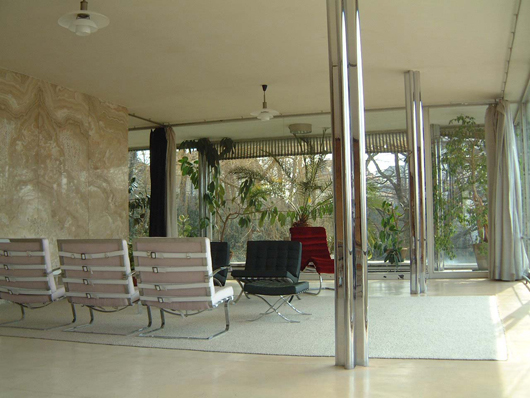 Living room of Villa Tugendhat, with onyx wall to the left. Photo by Simonma, licensed under the Creative Commons Attribution-Share Alike 3.0 Unported license.