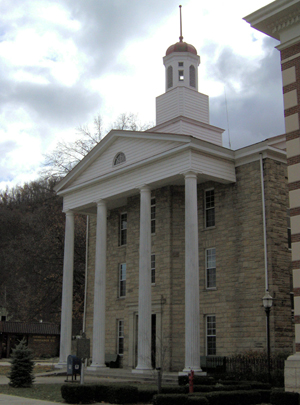 VANCEBURG, Ky. (AP) – Anyone visiting this Lewis County city will soon be welcomed by a large mural, depicting a typical day in Vanceburg during the late 1950s or early 1960s.

According to Danny McCane, he came up with an idea for a mural a few years ago, when his brother, Joe, was killed in a fire that destroyed Joe’s store, McCane’s Collectibles.

“I wanted to do something to honor his memory,” McCane said. “I was going to do a painting depicting my brother and his store, but Mandy Hart suggested doing a large mural depicting a different time in Vanceburg, to show what it once looked like.”

McCane said he has lived in Lewis County his whole life. He is a retired art teacher from Lewis County High School and has done many paintings, but this is his first mural.

Hart is the executive director for the Center for Appalachian Philanthropy.

According to McCane, Hart asked Robert Dafford, who painted the floodwall murals for Maysville, to assist with the mural.

“She asked (Dafford) because she knew him and she knew it would help get a grant,” McCane said.

Dafford has done numerous murals all over the world, including France, Belgium and Canada.

According to Joni Pugh, who works with the Lewis County Cares office, Hart secured a grant from the Brushy Fork Institute at Berea College.

“The grant was for $10,000,” Pugh said. “About half of it was used to send a group to Georgia to learn about collecting stories and turning those stories into murals and the rest was used to hire (Dafford) to help with the mural.”

McCane said the mural he is working on will depict businesses that were once in Vanceburg, but no longer exist. The mural will also pay tribute to his brother and to the late Vanceburg Fire Chief “Bubbles” Switzer.

McCane said planning for the mural has been going on for a while, but the actual painting started Tuesday.

“We had some volunteers dress up like they would have 50 years ago and had them walk around the streets,” McCane said. “We took some pictures of them and we’re using those pictures, as well as pictures others have collected from the time, to paint the mural.”

McCane said Dafford was in town through Friday to assist with the mural, but will stop by occasionally to check progress

“I was able to come down and help Dan move faster with materials he wouldn’t normally use in his process,” Dafford said. “I have another mural I have to work on, but I plan to stop by again to see what else I can do to help.”

McCane said he hopes to have the mural completely finished by late June or early July.

The mural is currently being painted inside the Carter House, but once completed, it will hang on the side of the building housing J.C. Video, so it can be seen as people enter the town.

“We’re hoping this mural will generate interest to eventually have more murals all over Vanceburg,” McCane said. “We would love to be able to show how the entire county once looked. We want to show people the businesses that no longer exist.”

McCane and Dafford said they want to thank Suzanne Pick, who has done a lot of work helping to get the mural completed, as well as all the volunteers who have assisted in the process. 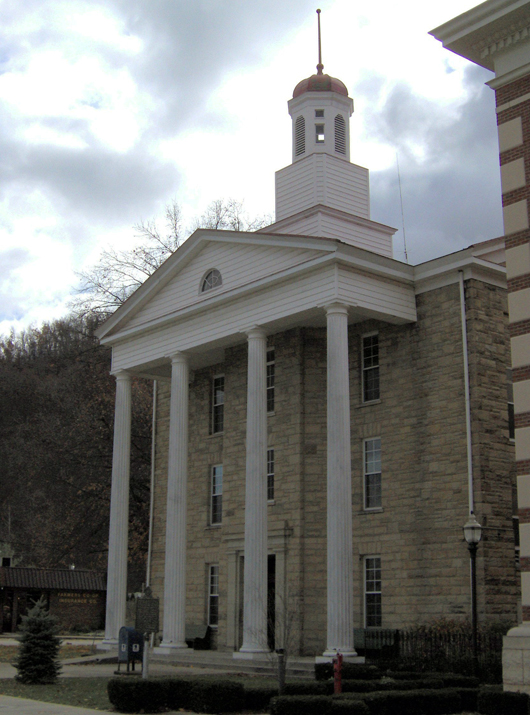