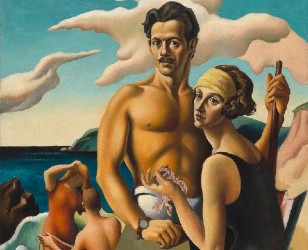 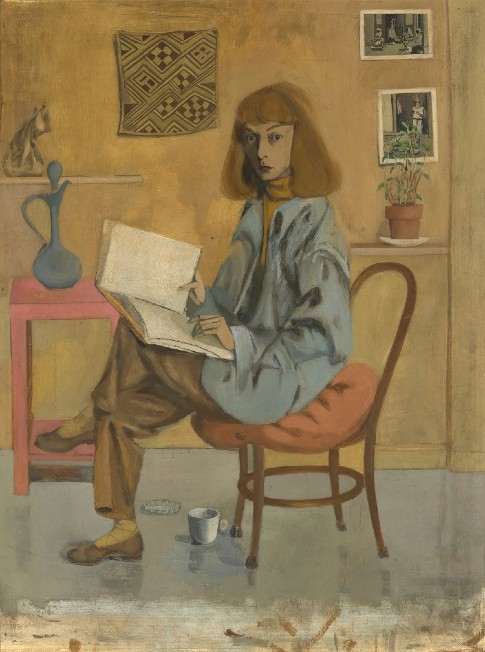 BOCA RATON, Fla. – The Boca Raton Museum of Art has launched a new series of free Online Community Initiatives for all ages, including “Keep Kids Smart with Art” to help parents and their children who are home from school. These free Online Community Initiatives will also reach out to seniors who are keeping social distance and who might feel isolated.

“Being creative has not been canceled,” says Irvin Lippman, the executive director of the Boca Raton Museum of Art. “Art, culture, and creativity have always made a difference in powerful ways, especially during challenging times. While the Museum is temporarily closed, we will continue to give back to the community.” These artists in “Eye to I” made a lasting mirror effect of themselves, creating a very personal art that engages us – the viewer.” adds Lippman.

– The Museum’s website will provide links to new ongoing activities here, including lessons and tips for parents that will be created daily on the Boca Raton Museum of Art’s Facebook page and Instagram (#BocaMuseumatHome, #museumfromhome, and #BocaMuseumfromHome).

– Click here to watch the new extended video for “Eye to I: Self Portraits from the National Portrait Gallery” at the Boca Raton Museum of Art that is now offered online for audiences at home.

– At a time when millions of selfies are posted every day and identity is proving to be more fluid, this exhibition from the Smithsonian’s National Portrait Gallery shines a new light on self-portraiture and representation.

The show was created to commemorate the National Portrait Gallery’s 50th anniversary, celebrating the artists who make that museum’s collection so extraordinary.

“Eye to I” brings together the work of major artists of the 20th and 21st centuries, at the Boca Raton Museum of Art. The powerful works are from every decade, starting in 1901 and continuing through 2015.

The museum has always provided the community the added benefit of an art school campus with an innovative art faculty, since its very beginnings in 1950. These art educators are using their expertise to develop online resources using the power of art.

The traveling version of this exhibition is different from the original Smithsonian show that was previously on view in Washington, D.C.—all of the works on paper are new and were chosen especially for the national tour, as are several of the paintings.

Early works include Edward Steichen, Edward Hopper, and composer George Gershwin, who was also a painter.

The show was organized by Dr. Brandon Brame Fortune, the chief curator of the National Portrait Gallery at the Smithsonian.

“Eye to I” showcases 60 works in a variety of styles and media ranging from caricatures to photographs, from colorful watercolors to dramatic paintings and time-based media.

The exhibition traces the process, from gazing into the mirror to looking into the camera; from painted and drawn surfaces to mechanical reproductions such as prints and photographs; from static forms to video.

The exhibition aims for a balanced representation of people at different points in their life journey—including death, such as the image Self Portrait with Grey Cat. 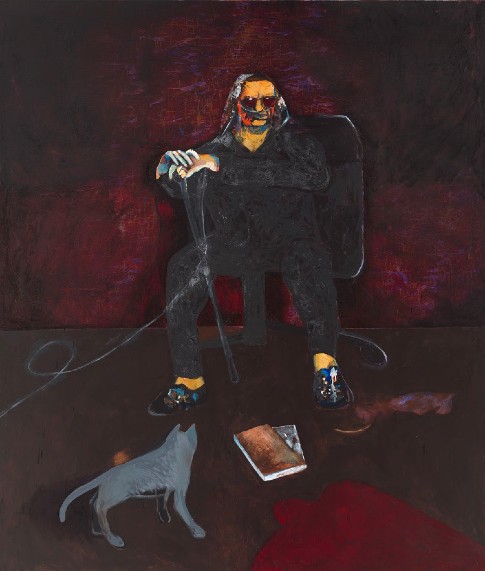 This was the last self-portrait by Fritz Scholder before his passing. The painting was made in 2003 when the artist was battling complications brought on by diabetes. The dark, moody canvas features the artist boldly facing the viewer as he leans on his cane. His eyes are covered by tinted glasses, and the tubes from his oxygen tank are visibly running from his nose to the ambiguously shadowy floor, which has been described as a reference to the “shadow of death.”

In his sinewy Self Portrait with Rita, Thomas Hart Benton evokes the type of posturing so prevalent on Instagram today. He was fascinated with Hollywood and channeled his inner movie star (the artist had recently seen Douglas Fairbanks in the 1924 film, The Thief of Baghdad). 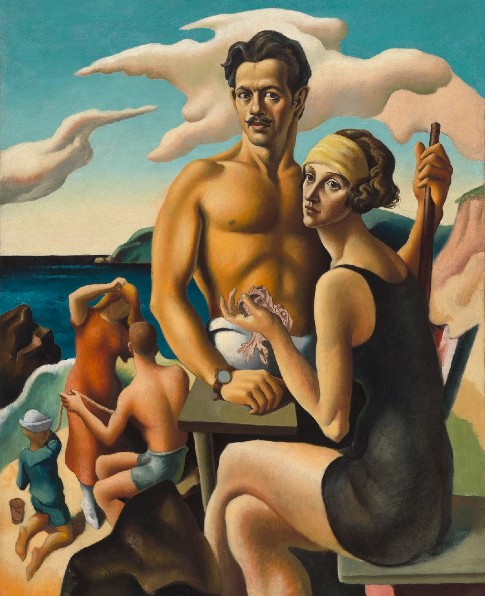 Roger Shimomura’s monumental work, Shimomura Crossing the Delaware, is also a highlight. During World War II, Shimomura and his family were imprisoned at an internment camp, where they became familiar with the widespread xenophobia taking place at that time during the 1940s. In the painting, Shimomura cast himself as George Washington and replaced the Revolutionary soldiers with samurai warriors, while a silhouette of the original painting by Emanuel Leutze haunts the background.

“These individuals have approached self-portraiture at various points in history and using different tools, but their representations—especially when seen together—all raise important questions about self-perception and self-reflection,” said Brandon Brame Fortune, chief curator, Smithsonian’s National Portrait Gallery. “Some artists reveal intimate details of their inner lives through self-portraiture, while others use the genre to obfuscate their private selves or invent alter egos.”

Eye to I: Self-Portraits from the National Portrait Gallery features a richly illustrated companion volume with an introduction by Brandon Brame Fortune and nearly 150 insightful entries on key self-portraits in the museum’s collection.

The book was published by the National Portrait Gallery in association with Hirmer Publishers, and is distributed by the University of Chicago Press.

“Eye to I” is presented concurrently with the exhibition “Edward Steichen: In Exaltation of Flowers.”

The seven large Art Nouveau panels—10 feet tall each—were painted by Steichen from 1911- 1914 for the Park Avenue townhouse of Eugene Meyer and his wife, Agnes, but were never installed. After a number of owners, including the Museum of Modern Art, they ended up in the collection of Art Bridges.

The murals are inspired in part by Maurice Maeterlinck’s book, The Intelligence of Flowers, and depict Isadora Duncan, Mercedes de Cordoba, Katharine Rhoades, Marion Beckett and others, along with their floral counterparts.