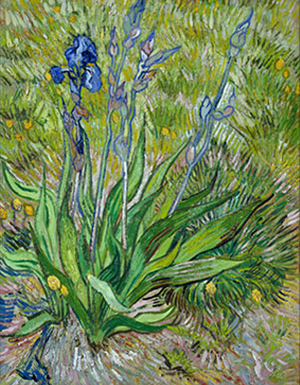 The Philadelphia Museum of Art is the only U.S. stop for “Van Gogh Up Close,” which opens Wednesday and will be on view until May 6.

The exhibit features 46 landscapes and still lifes painted by van Gogh from his 1886 arrival in Paris until his apparent 1890 suicide in Auvers at age 37. Many of the paintings, procured from museums and private collections, highlight the Dutch post-Impressionist’s radical shift in approach during this brief but artistically prolific period.

An extreme close-up painting of two sunflower heads van Gogh painted in 1887 at the beginning of the show illustrates the thesis of the exhibit, curator Joseph Rishel said.

“Here you have the theme for our show, which is … this sort of looking down between his toes, views from above, very theatrical, you’re not quite certain where this is in relationship to the space, it’s tightening in,” Rishel said. “This is a tour de force of painting (from) a guy who had not manipulated color much only a year before he painted this.”

It was after leaving Antwerp for Paris, and then the south of France, when van Gogh developed a unique language of heavy brushstrokes, thick layers of paint, swirling shapes and daring colors that make his art instantly recognizable today.

“Van Gogh comes to Paris and is completely overwhelmed, and he realizes very quickly that his dark and brooding images and pictures and palette is outdated and that he has to do something about that,” said curator Anabelle Kienle of the National Gallery of Canada in Ottawa, the Philadelphia museum’s partner in organizing the show.

In Paris with his beloved brother Theo, who supported his artistic older sibling throughout much of his life, van Gogh began experimenting with his technique after seeing for the first time the works of Monet, Seurat and other French Impressionists and Post-Impressionists who were his contemporaries.

He also admired and collected Japanese woodblock prints, a collection of which are included in the exhibit and share the nature themes, high horizon lines and tilted perspectives van Gogh explored in his own work during his final years. His use of a single subject—a clump of irises, an emperor moth—allowed him to play with viewpoints and scale in a way unmatched by his peers.

“It’s not something other artists at the time did,” Kienle said. “He’s doing something that’s incredibly avant garde.”

The exhibit traces van Gogh’s artistic and physical journey from Paris to Arles, where he had hoped to establish an art colony; to Saint Remy, where he suffered a mental breakdown and committed himself to an asylum where he continued to paint; and to Auvers, where he lived for 70 days and made 70 paintings in a frenetic burst of creativity that ended with a gunshot to the chest.

A new book theorizes that van Gogh’s wound was not self-inflicted but he was shot by two boys. Before he succumbed to an infection from the bullet, van Gogh told others that he shot himself, but the book’s authors suggest he lied to protect the teens. Kienle said van Gogh scholars are not convinced, arguing that the theory comes from a small piece of his correspondence that could easily be misinterpreted.

The artist who famously sold just one painting during his lifetime and died penniless, but whose works now command among the art world’s highest prices, van Gogh posthumously influenced the Fauves and the German Expressionists and altered the course of art history in the process.

“In seeking to share the intensity of his emotional response to the world around him as directly as possible, van Gogh took the traditional methods (of) making pictures and changed the rules,” said Timothy Rub, director and CEO of the Philadelphia Museum of Art.

After its Philadelphia run, “Van Gogh Up Close” travels to the National Gallery of Canada. 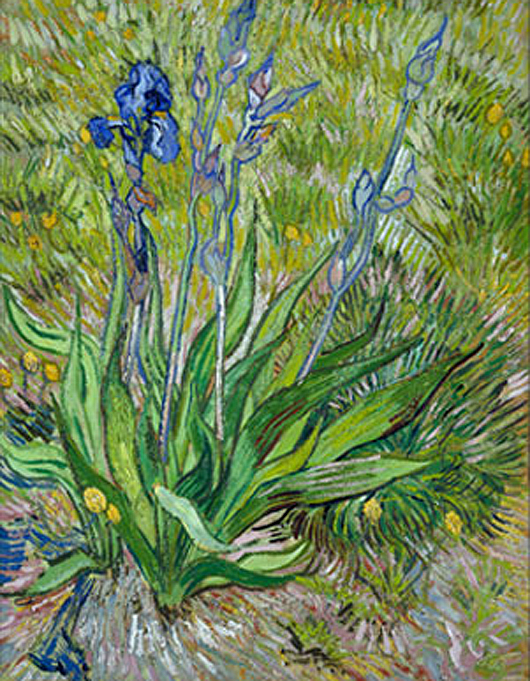