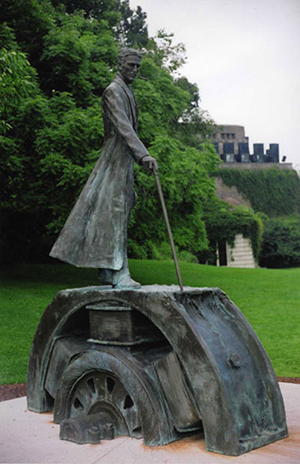 NIAGARA FALLS, N.Y. (AP) – Niagara Falls officials want to take a bronze statue of Nikola Tesla out of a state park and move it closer to downtown tourism routes.

Tesla is the creator of the alternating current electricity system. The 9-foot statue of the inventor in Niagara Falls State Park was a gift from the former Yugoslavia for the U.S. bicentennial in 1976.

The Buffalo News reports that the City Council voted last week to support moving the statue from the state park. There’s no consensus about where to relocate it.

But state parks officials have other plans for the statue. Last year, the parks agency announced $15 million in renovation plans for the park, including moving the statue from near the main parking lot to a point known as Stedman’s Bluff.